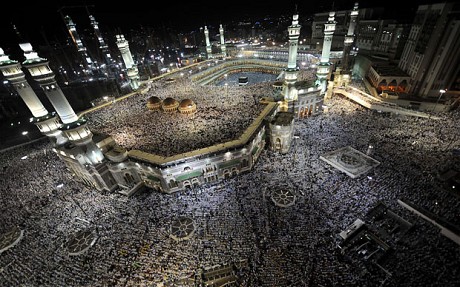 The Ministry of Tourism will obligate religious tourism companies to use the electronic –visa system for Hajj (Islamic pilgrimage) starting next year, according to a ministry official.

The official stated that the ministry’s decision will be applied in all world countries, and concerns the religious rites related to Hajj and minor Hajj. Egyptian citizens who go to Hajj every year account for 79,000 citizens, who go through procedures with the ministries of interior, social solidarity, and tourism.

The Ministry of Tourism organises these trips through the Egyptian Travel Agents Association (ETAA). This season, 29,000 Egyptians went on the minor Hajj trip, according to Basel El-Sisi, an ETAA board member.

El-Sisi said that the electronic visa system is also applied to the minor Hajj trips and aims at organising religious trips to Saudi Arabia regularly, adding that these trips do not contradict nor prejudice the general plan.

It was agreed that the travel agency will not be able to finish a number of contracts in the specified time; it will be allowed to finish these contracts at a later time in favour of the companies as well as the government, according to the official.

ETAA decided to give companies time to market its programme and make contracts with the clients who wish to go on Hajj trips. On the other hand, negotiations with the Ministry of Tourism will be held in order to allow companies to register the clients’ names on the website concerning the electronic draw for Hajj until 28 May.

According El-Sisi, the association is negotiating with the Saudi Raft Foundation concerning the actual prices. He refused to give details about the negotiations and said that it will be announced later.

Due to tourism limitations following the 25 January Revolution, religious tourism, Hajj and minor Hajj, have been the main activity for more than 2,000 companies for the last four years.

According to the Ministry of Tourism, Egyptian pilgrimages to Saudi Arabian territories have reached more than 915,000 in the last season.

El-Sisi expects that the next period will witness more people seeking Hajj trips, especially in the last three months of the Islamic calendar – Rajab, Shaban and Ramadan. The numbers of people who go on Hajj will reach the peak during the last days of Ramadan.