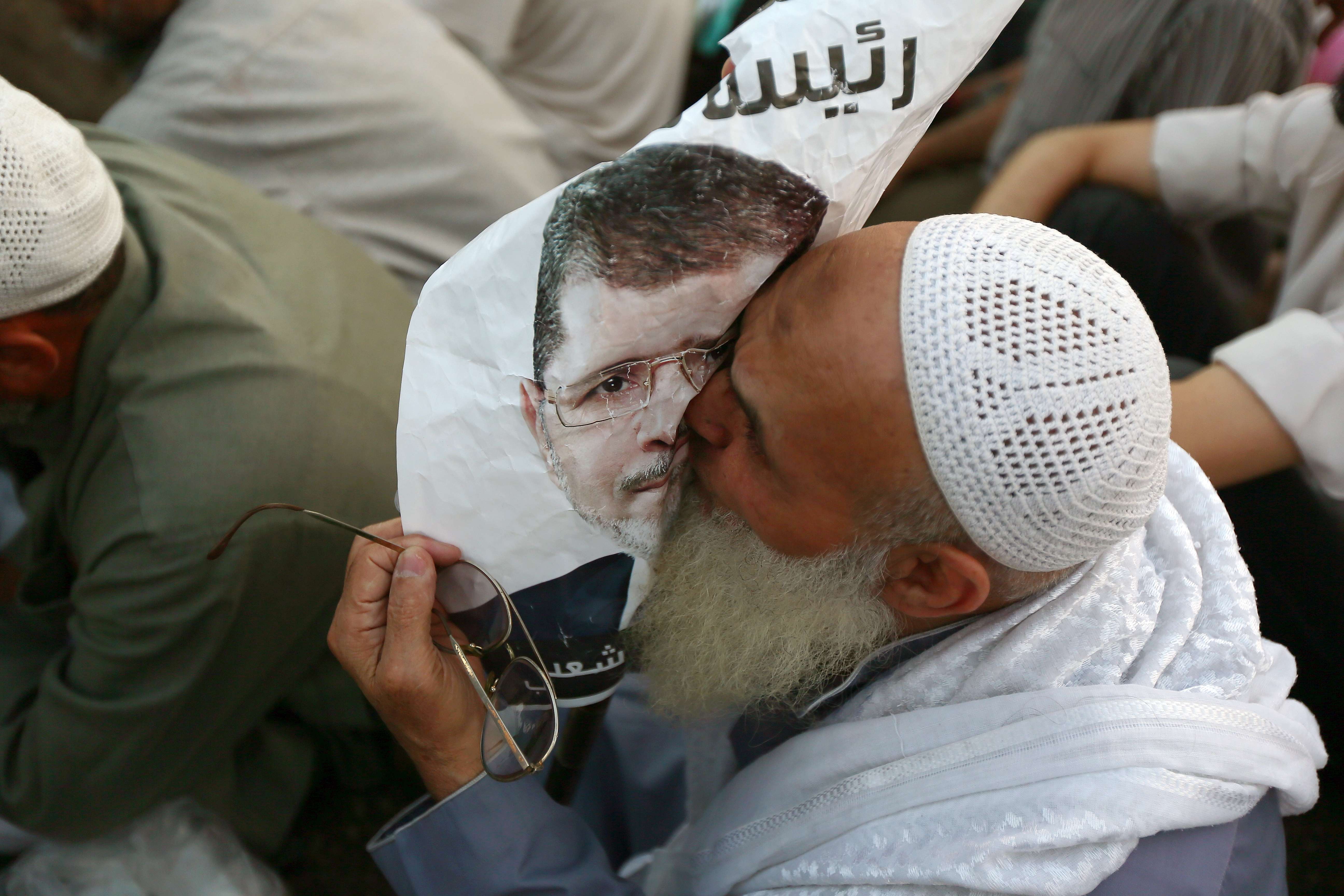 With former Islamist president Mohamed Morsi receiving the first prison sentence since his ouster after the mass 30 June protests, Islamist entities, including the Muslim Brotherhoods continue their support.

The entities asserted that Morsi’s trials are “politicised”.

A Brotherhood spokesperson said the Egyptian people “will not accept the verdicts by the judiciary of the coup”, and will continue the struggle to restore legitimacy.

The Cairo Criminal Court found Morsi and 12 Muslim Brotherhood leaders, including Mohamed El-Beltagy and Essam El-Erian, guilty of “demonstrating power and violence” and “inciting violence”. The court also sentenced the two other defendants in the case to 10 years in prison. All 15 defendants were acquitted of the charge of killing protesters.

The incident took place in December 2012, in deadly clashes between anti-Morsi and pro-Morsi demonstrations.

The spokesperson added that the verdicts are “illegitimate; issued by an illegitimate power”, and that “protesters everywhere in the country are supporting Morsi”.

Brotherhood supporters use the term “legitimacy” to refer to Morsi’s reign, and describe him as “Egypt’s first democratically elected president”.

Shawky Ragab, media head at the Islamist Istiqlal Party, said that he is sure that all the “sentences will not be carried out as the coup will end soon”.

“If compared to the case of Mubarak’s case of killing protesters, we can see that Mubarak killed hundreds during the revolution and was acquitted. Then on what basis was Morsi sentenced?” he said.

While asserting that the verdict is highly politicised, Ragab thinks that it will not affect the ongoing protests in the streets.

In a recent development, the Press Syndicate sent a report to the Prosecutor General, appealing the court’s acquittal of Morsi of the charge of “killing protesters”.