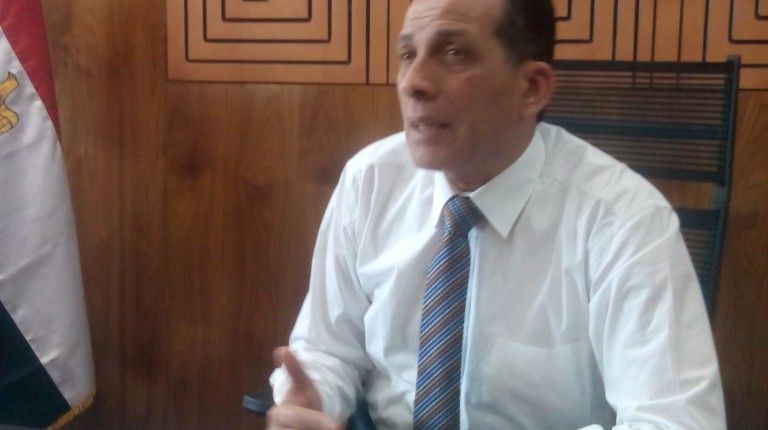 Genena further mentioned in an interview with Daily News Egypt that the target in the current FY’s budget is EGP 97m.

How much is the targeted profit for the end of the current FY?

The net profit expected by the end of this FY is EGP 440m, compared to EGP 281m for the same period last year.

The last six months witnessed a 6.5% growth in commercial activity revenues compared to the same period last year, as the outstanding service provided to passengers by the company led to growth in revenues from EGP 4.5m last year to EGP 11m this year.

Was there growth in the number of passengers at Cairo International Airport during the past year?

The number of passengers who travelled through the airport reached 14.6 million passengers last year, and the company targets an 8% growth in passenger traffic this year.

What is the number of flights received by Cairo International Airport?

Cairo International Airport received 35,500 flights during the first quarter of this year, against 35,000 flights in the same period last year, with a 1.4% growth.

Are there agreements with hotels to increase occupancies?

The company is in agreement with Air Leisure to book 200 rooms in Le Méridien Cairo Airport, in which the company owns a share of its capital.

The company has shares in a number of other companies; these shares generated revenues of about EGP 22.3m in 2013.

How much was the percentage of the company’s revenues in return for passengers and aircraft services during the first quarter?

Since the beginning of the current fiscal year and until the end of March the percentage was 59%, against 53% from the same period last year.

The percentage of the company’s revenues from commercial activities and investment income reached 29.3%, against 36.1% last year.

Has the exit fee increase contributed to the revenue growth?

The $5 increase in exit fee accounted for about 46% of total revenues of the current fiscal year, according to studies prepared by the company.

Regarding maintenance works in the airport, what is expected next period?

The budget of the next FY 2015/2016 will allocate EGP 93m for maintenance works, of which EGP 665,000 will be for the maintenance of Terminal 2, which is currently under construction.

The company also launched a bid for a project to light roads through solar energy. 56 companies asked for the bid requirements; 26 companies submitted their tenders, and the procedures of commissioning are being worked on.

The company is working on launching a power plant for Terminal 2, equipped with three power transformers; each of which can produce 40 megawatts, with a total cost of EGP 253m.

The company is also launching the Cairo Airport cargo city on 149,000 sqm. The city consists of three buildings: one is for exporting, one is for importing, and the third is for air-express shipping. The city was designed to contain 320,000 tonnes annually.

The Airport City project was proposed during the Egypt Economic Development Conference (EEDC) in Sharm El-Sheikh. When will it be launched?

A bid will be launched among a number of companies in order to start preparing the project area with facilities, which costs around EGP 5bn. The total area of the project amounts to about 10m sqm, divided into two parts. The first is the area of Aero City, on 2.8m sqm, and will be executed over five phases. The first phase is on an area of 700,000 sqm, with an investment cost of EGP 3bn.

The company also proposed a piece of land in the vicinity of the airport, on 187,000 sqm, which was acquired by Maxim Holding. EGP 45m were paid for a letter of guarantee, in addition to insurance with EGP 3.5m paid earlier.

The bid requirements of proposing 110,000 sqm, next period, were re-prepared, in order to re-propose the project to investors. The company aims to use it in building schools complex.

Orascom Construction Industries (OCI) develops 05L runway, with cost of EGP 250m; its lighting will be through LED system. The project will be finished next January.

Are the construction works on Terminal 2 finished?

The company finished executing 55% of construction works in Terminal 2, with 2% completed weekly, and a periodic weekly meeting between the company, the contractor and all those responsible for the new building. The trial opening is planned to be by the end of November, while the official would be next March.

Cairo Airport Company is developing Terminal 2, with a cost of EGP 3.2bn, which increases the building capacity from 3.5 million passengers to 7.5 million.

How much are the revenues of the business lounge?

Revenues amounted to EGP 2m during last period. The Economic Summit that Egypt organised last March had a positive impact on the revenues of the lounge.

Are there new systems the company plans to use in dealing with passengers?

The company will install new devices which would read the passengers’ data electronically, in order to speed up the procedures of arrival and departure, as well as avoiding the expected overcrowding while receiving passenger groups.

Currently, paper cards are used to write down the passengers’ data before they get on board. We are aiming to acquire the ISO 9001/1401 certificate during the next period through enhancing the level of services.

Devices were also installed in order to measure the thermal emissions produced by vehicles that are used to transport passengers and cargo to and from runways.

The company was able to measure the emissions percentage of 2,500 vehicles since these devices were installed on airstrips. The revenues of measuring operations amount to $2,500 until now.