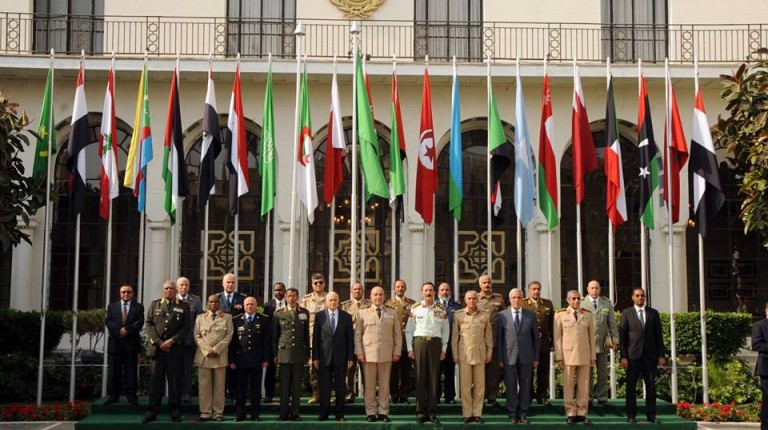 Arab military Chiefs-of-Staff met on Wednesday at the Arab League headquarters in Cairo to discuss the possibility of a joint military force, a military spokesperson said Thursday.

A military statement said 18 military leaders met to supervise and discuss prospects of the joint military force, that was suggested during the Sharm El-Sheikh Arab Summit last month.

The statement added this decision also came in light of “intertwined national security threats that extend across borders”, adding that a “collective mechanism for rapid intervention is needed”.

In addition, this joint force is not to threaten the sovereignty of any nation, but is “for the sake of fighting terrorism”, the statement said.

The group of military men also discussed “operational procedures, mechanisms of action and the required budget for the establishment of such a force”.

Egypt welcomed the joint Arab Force draft resolution. In a speech at the Arab League summit, President Abdel Fattah Al-Sisi, he particularly noted the necessity for providing support and assistance to “the legitimate government in Libya”.

Egypt recently provided aerial and naval military support to Saudi Arabia in its airstrikes against Yemen.

According to the military spokesperson, Egyptian and Bahraini military units also participated in joint aerial and naval exercises on Wednesday.