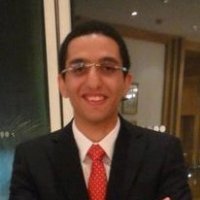 A few days after the Arab League Summit in Egypt, Saudi Arabian long standing Foreign Minister Saud El-Faisal directly accused Iran of backing “Houthis militias and [Ali Abdallah] Saleh” to destabilise Yemen. A clear statement marking a new unprecedented level of the Saudi-Iranian confrontation that adds more fuel to already flaming domestic strife: in Lebanon, within the Palestinian factions, Bahrain, Syria, Iraq and Yemen. Many analysts tend to use the sectarian label referring to this antagonism, failing to see the political aspects that are disguised behind the religious mask. Like in medicine, a wrong diagnosis leads to the wrong treatment. The grave consequences of this ongoing regional power struggle need no further illustration than in terms of human costs that are irreplaceable, as well as economic resources that could have been mobilised in a more efficient way.

Therefore lies a swirling question: How to end the mess in the Middle East? Reaching a regional accord through conversation is essential to end the political rivalry in the region, rather than proxy wars. Last June, President Obama said at the White House that “the United States will do our part, but ultimately it’s up to the Iraqis, as a sovereign state, to solve their problems”.

The United States, with limited tools available, seems focused on the ‘historic’ deal with Iran. The commitment of the United States to the security of the region is out of the question. However, some reports signalled a new approach to the Middle East, giving more room to regional players to handle their own muddle. Back to the geopolitics of the old days, four capitals used to fine-tune the balance of power in the region: Cairo-Riyadh-Ankara-Tehran. Egypt and Turkey have the ability to play an active role in addressing the current regional conflict, at least theoretically. Distracted by severe internal problems leading to dwindling regional influence, both countries had shown moral support to one of the fighting camps adding to the complexity of the problem. But that’s just one side of the story.

In Egypt, President Abdel Fattah Al-Sisi stressed on various occasions that the security of the Gulf is “part and parcel” of Egyptian national security. In the meantime, Egypt does not sound interested in more escalation – particularly in Yemen – even if the Saudis disagree. Ground operations will bring back all the bad memories of the Egyptian army’s Yemeni campaign in 1962. Whether the situation looks quite different or not, the comparison is involuntarily valid. A former Egyptian diplomat played down a frequently used allegation concerning the strait of Bab El-Mandab, elaborating that “no one is capable of closing the strait or bearing the international consequences associated with such act”. The extent to which Egypt should act at the disposal of the Saudis getting more involved in this regional clash remains debatable.

Starting from the same place where the Egyptian regional role suffered the first major blow following the military intervention of 1962, lies an opportunity to revive Egypt’s regional prestige through a consensual foreign policy approach that aims at convincing both Saudi Arabia and Iran to forget about “regional hegemony”. Egypt, the most populous Arab country, is the historical incubator for the pan-Arabist ideology. It was also a founding member of the organisation of Islamic Co-operation; the country was once Shi’a under the Fatimids; and is where the majority of the (Sunni) population show an enormous saintliness towards the family of Prophet Mohammed, including the most sacred Shi’a figures, Mohammad’s son-in-law and cousin Ali, and his sons Al-Hussein and Al-Hassan. It needs to stand on solid ground that enables Egypt to push toward an agreement that preserves the security of the Arab World and maintain regional stability, driven by the fact that there will never be a sole winner in this bloody dispute. There also needs to be a framework where Saudi Arabia would accept Iran as normal regional power and Iran to respect the sovereignty of the Arab states without interfering in internal affairs or employing sectarian divisions.

Rebuilding regional influence won’t be achieved through propaganda and past glory. There is a tough task ahead of Egyptian diplomacy given long decades of winter sleep, but it is still feasible with a mixture of political will and tenacious efforts. A change in the mindset of the Egyptian regime is key: Peaceful resolution to both internal and external conflicts through dialogue is the best option. The lack of any sufficient leverage remains another significant obstacle if Egypt decided to apply such new approach. The righteous cause along with the high costs of this endless skirmish can bring on wide support from the international community. The US, Russia, major European countries and China won’t oppose this initiative; that is the United Nations Security Council. Egyptian collaboration with Turkish and Pakistani mediation efforts could be a perfect scenario regardless the status of the Egyptian-Turkish relations. It’s our responsibility to put an end to the human tragedy in the Middle East. If it’s not possible, then it remains our instant obligation to minimise these losses. The deteriorating situation in the Middle East won’t stop today or tomorrow yet the day after tomorrow may be a different day!

Ramy Oraby is an Egyptian graduate from the School of Economics at Cairo University.