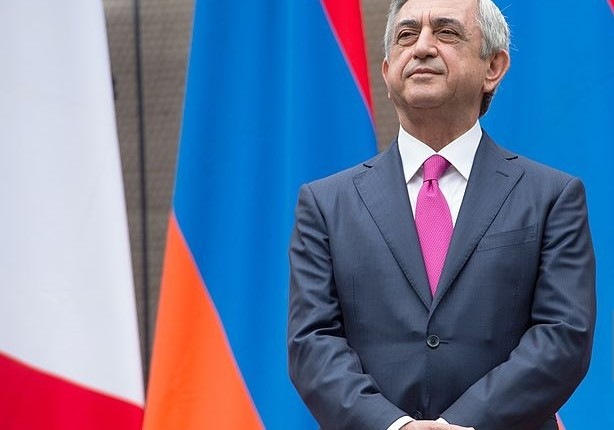 Egypt’s ambassador to Armenia Alaa Laithi Nassef refused to comment on his absence from the 100th anniversary of killings committed by the Ottomans against Armenians.

The ambassador said that “he does not form policies, but implements instructions from Cairo”. He said that the Ministry of Foreign Affairs should be asked about the matter, state-owned newspaper Al-Ahram reported.

The ministry’s spokesperson told Daily News Egypt to “ignore this unimportant matter”; adding that what was significant was the presence of Pope Tawadros II.

The Pope said that he attended “only as a religious representative”, in solidarity with the Armenian Orthodox Church.

The Russian and French presidents were among the officials from 65 countries who took part of the event.

A delegation of 70 Egyptians also participated, including Armenians of second- and third-generations who immigrated to Egypt in the early 20th century, and settled in the country, cutting-off ties to their homeland. They were given Armenian passports only two years ago, after pressure to do so.

During the gathering, Armenian President Serzh Sargsyan called on more countries to recognise the killings as genocide, which claimed the lives of approximately 1.2 million.

Turkey angrily denies that there was an organised campaign against Armenians, saying that there were high death tolls on both sides.