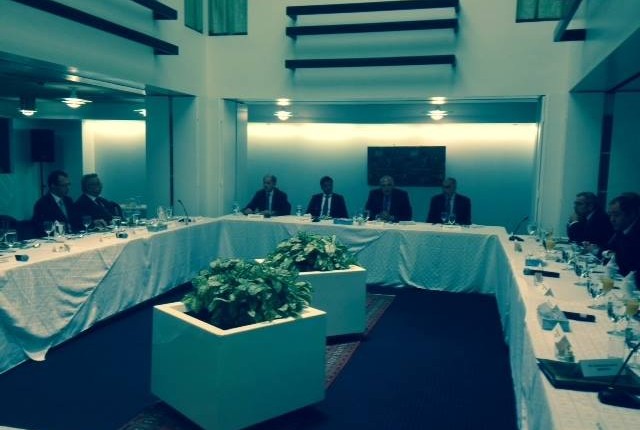 Shoukry said this would be “to guarantee the presence of Arab representation in the security council”.

According to the Foreign Ministry, the Arab ambassadors “look forward” to Egypt taking over the seat regarding the support the country will provide to Arab positions and issues. The ambassadors praised Egypt’s role in combating terrorism, in addition to the country’s international status and efforts.

Meetings took place on Thursday in the presence of the Arab League’s representative in New York, where Shoukry expressed Egypt’s desire to discuss and collaborate over various issues with its Arab “brothers”.

Shoukry assured that Egypt has Arab support since the Arab League’s ministerial meetings in March 2013, as well as African support garnered during the African summit in January 2015.

Shoukry also highlighted Egypt’s status as a founding member of the UN, its role in peacekeeping throughout the past decades, and its efforts within the organisation to achieve social security.

Egypt ranks 10th in UN peacekeeping forces deployment, the Foreign Minister’s assistant for African Affairs, Sabry Magdy said during the Africa summit. He outlined the country currently has forces present in Darfur, Cote D’Ivoire, Congo, Mali and others in attempts to achieve stability in Africa.

Since the establishment of the UN, Egypt had won the seat for non-permanent membership four times.

Shoukry said Egypt is fully aware of the challenges facing SIDS due to repercussions from the negative climate change and natural disasters, including floods, desertification, land degradation and drought, among others. These problems require the creation of a stronger international network and a wider mobilisation of the necessary support.

All the necessary resources and funding to support these countries and help them cope with and overcome these challenges that threaten the survival of the people should be provided, Shoukry said.