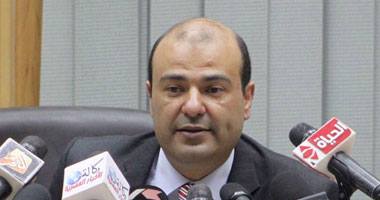 Hanafy made the announcement during the Internal Trade Development Authority (ITDA) management meeting, which he headed.

These new markets will be established on land that was put up for investment by ITDA in Gharbeya governorate, on an area of 344,000sqm. They will serve approximately 20 million citizens in the four governorates of Menoufiya, Kafr El-Sheikh and Beheira, besides Gharbeya, Hanafy said.

A shopping mall will be built in Minya governorate on an area of 8,400sqm to serve Upper Egypt, Hanafy added. He noted that a trade training council has been established in collaboration with the Federation of Egyptian Chambers of Commerce (FEDCOC) to rehabilitate labour on different trade and technical activities.

The ITDA’s plan for developing internal trade is based on building commercial centres, logistics zones, modern markets and improving random markets in order to supply low priced goods and food to citizens and to provide 4 million direct and indirect employment opportunities.

This will be realised by increasing the investments in this sector from EGP 7.8bn to reach EGP 50bn through improving the partnership between public and private sectors and encouraging serious investors, according to Hanafy.

In other context, the minister confirmed that there are many offers from Arab investors from UAE, Kuwait, Saudi Arabia and many other countries and international companies to participate in the “Trade and Shopping City” project taking place near Suez Canal preformed by ITDA.

In October, Hanafy announced that three logistics centres will be constructed in Damietta, East Port Said and Safaga with investments totalling EGP 13bn. They will handle and store grain and food commodities, and are expected to be completed in two years.