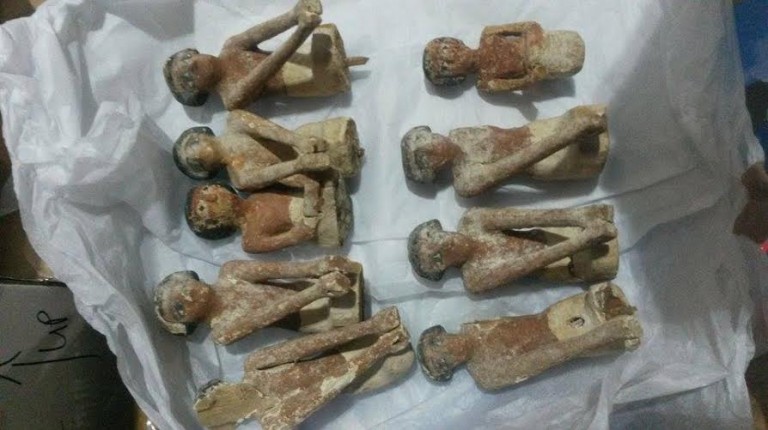 Spring returned with lots of charm and good luck for Egypt. Over the past couple of days, Egypt has regained over 240 antiques, which were illegally smuggled to France. Only a day later, another 134 ancient pieces found their way back home from the US, after being illegally sold.

“The relics go back to several ages from the Ancient Egyptian civilisation, not a specific one,” said Ali Ahmed, General Manager of the Restored Antiques Department.

The pieces range from jewellery, statues, stone and pottery pots and some coins go back to the Roman and Greek eras.

“We have been working for almost two years to get the contraband pieces from France, and they were delivered to our embassy in France after the visit of President Abdel Fattah El-Sisi,” Ahmed added.

Ahmed also assured the huge effort the administration has exerted since September 2013 to regain those antiquities from the US.

At a press conference held last week, Minister of Antiquities Mamdouh Al-Damaty said the antiques were placed in storage at the Egyptian Museum in Tahrir Square, and the new Giza Museum.

As for the 134 pieces restored from the US, they included two wooden tombs with statues inside, with coins, wooden sculptures and stone statues.

El-Damaty added that Egypt has received over 90 antiques recently from Germany, Denmark and South Africa.