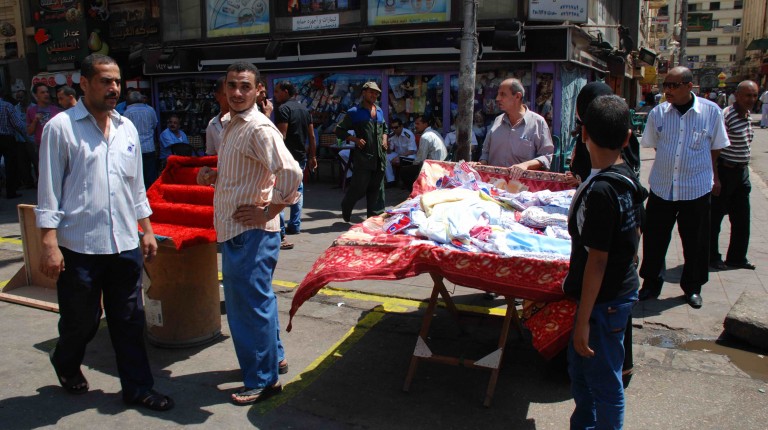 According to an eyewitness, vendors called upon thugs when the security forces first attempted to move them to the Ahmed Helmy bus stop.

“Security forces started firing at them, and in seven minutes the area was clear,” he said.

However, state media reported that vendors did not resist, and that the operation was conducted in approximately one hour, causing a delay in traffic.

Armed Personnel Carriers and Central Security Forces are now surrounding the square and are positioned in front of Al-Azbakeya and Al-Fagala police station.

Current figures show there are approximately six million informal street vendors across Egypt. In August, the Ministry of Interior relocated street vendors from Downtown to Al-Torgoman.