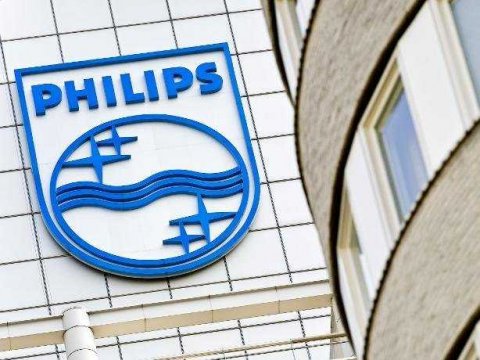 The deal confirms Philips’ commitment in Egypt, said the company’s General Manager of Personal Health Olaf Koning. “Philips understands the needs of the local market and responds to them,” Koning said.

Mohi Al-Araby, head of marketing and sales at Al-Araby Group said the steam iron will provide customers with high technology, at a capacity of 2,000 MW, at low prices.

The Ambassador of the Netherlands in Egypt attended the factory’s launch ceremony, and said that the deal creates investments and opportunities, “which Egypt needs” he said.

“This partnership between those two companies that have a good reputation in the market will provide a good example for other Dutch companies who are willing to enter the Egyptian market,” he noted, revealing that he knows Dutch companies planning to invest in Egypt.

Netherlands-based Royal Philips describes itself as a diversified health and well-being company, focusing on improving people’s lives through providing innovation in the areas of healthcare, consumer lifestyle and lighting.

In 2014, Philips Egypt launched, in partnership with Shell, a solar lighting project which enhances the usage of solar lighting systems in homes. The project is a part of the Light Center project adopted by Philips, which involves the installation of 100 light centres across rural Africa by 2015. Projects have already been inaugurated in Egypt, Morocco, Ghana, Kenya, and South Africa.

Through its LED lighting innovations, Philips said they are providing new opportunities to policy makers and the government to enhance city beautification, and at the same time contribute to energy saving. Examples of some of the work undertaken in 2014 include projects like the Baron Palace, Cairo Tower, Galaa Bridge and more.

Philips has been cooperating with Egypt’s Ministry of Health to “improve” the quality of the healthcare workforce through access to education, sharing of best practices and collaborations with leading university hospitals across Egypt, the company previously noted.