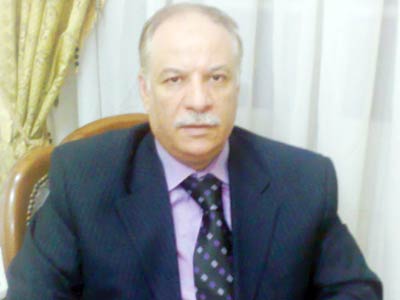 The Nasr City Misdemeanour Court rejected Tuesday the appeal of former Sharqeya governor Hassan El-Naggar against a four-year prison sentence, but reduced the original sentence to two years in prison.

El-Naggar was the deputy general of the now outlawed Freedom and Justice Party, the political arm of the Muslim Brotherhood.

He is charged with organising a protest in Nasr City on 29 March 2015, outside a shopping mall.

He was referred to court, after the prosecution findings concluded that he and others participated in the protests and chanted against the government.

Protesting has become illegal in Egypt without prior permission from the Ministry of Interior. Hundreds of protesters, activists, and students are facing prison sentences on charges of defying this law.

Police forces dispersed the protest El-Naggar was participating in, arresting him and others.

According to Article 12 of the Protest Law related to the dispersal of a public assembly, security forces are to issue several verbal warning using a microphone before physically interfering to disperse the protest.

El-Naggar is a former judge, and a member of the ‘Independence of the Judiciary’ group.

He was one the 41 Egyptian judges forced into retirement last month for allegedly supporting former Islamist president Mohamed Morsi and the Muslim Brotherhood.