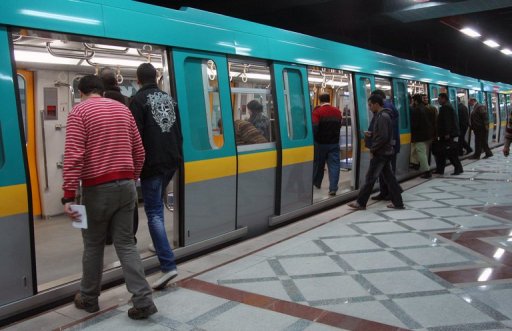 The Ministry of Transportation promised that Prime Minister Ibrahim Mehleb will intervene to return dues owed to Spanish company, Indra. The Spanish company is responsible for operating and maintaining the automating system of the smart card located in the metro, according to an official by the cabinet.

In a statement to Daily News Egypt, a Ministry of Transportation official commented that, on Tuesday, Ibrahim Mehleb met with Indra’s representatives. Also present at the meeting werethe assistant of the Minister of Transportation; the Chairman and Maintaining Director for the Egyptian Company for Metro Management and Operation, Aly Fadaly; as well as the Spanish deputy ambassador in Cairo.

The official added that, during the meeting, Mehleb ordered officials from the Ministry of Transportation to pay back the dues owed to the Spanish company as soon as possible. The source, however, did not mention the amount of these dues.

According to a cabinet report issued Wednesday, during the Prime Minister’s meeting with the Spanish company and after it had set out its obstacles in Egypt, Mehleb announced his intention to solve any problems that face Indra in Egypt.

Indra works in several projects across various fields in Egypt, the most important of which includes developing the mechanised system of the metro ticket machines in the first and second lines. Indra is responsible for supplying, operating and maintaining the mechanised system of the smart cards in the metro stations. The system was implemented in April 2013 in more than 65 stations, and has since been used by 500,000 people.

During their meeting with Mehleb, Indra representatives revealed their intention to start more projects in Egypt. These include the modernising of some airport systems and applying the fingerprint system in the electoral processes.

The government is working hard to eliminate any obstacles that face investors and companies working in Egypt. This will provide a suitable atmosphere attractive to investors aiming to pump more investments and provide employment opportunities for youth, according to Mehleb.

Egypt has suffered four years of political and security instability, slow economic growth and the notable collapse of direct foreign investments. It is now structurally and financially curing its economy through funds and improving the efficiency of the cash and tax system by regulating the exchange market to assure the financial and business communities, whether national or international.