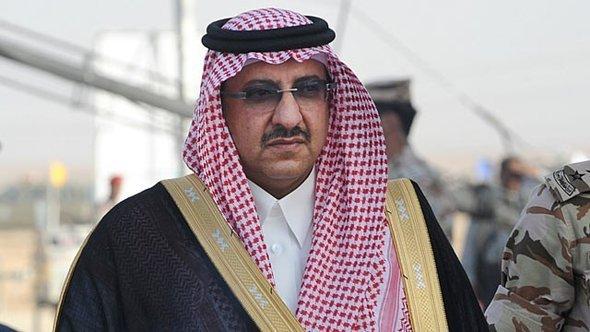 By Mahmoud Mostafa and Tim Nanns

Salman issued a royal decree announcing that his brother, Mugren, the former Intelligence Chief, asked to step down from his position as Crown Prince and would be replaced. Subsequently, Prince Mohamed bin Nayef was promoted to replace Mugren.

Former Dfence and incumbent Interior Minister bin Nayef will be the first grandson of the founding king Abdul Aziz to lead the kingdom, if the current line of succession remains unchanged.

Bin Nayef is known for having strong ties with the US, where he was educated, and with whose security forces he has worked closely.

Salman further appointed his son, Mohamed bin Salman, also the kingdom’s Defence Minister, as Deputy Crown Prince. He is believed to be around 30 years of age, and was largely unknown until he was appointed defence minister, not much more than four months ago, acquiring a certain prominence during the Saudi-led campaign in Yemen.

The late king Abdullah had appointed Mugren deputy heir, breaking with a tradition that saw the king appoint his own successor. Salman has now reverted to that tradition by appointing bin Nayef, however setting a precedent by retracting his predecessor’s decision.

This development might evolve into a serious problem for the Gulf monarchy, if power struggles among the vast number of princes increase.

Among the reshuffle’s highlights, the replacement of the world’s longest-serving Foreign Minister, Saud Al-Faisal, with Saudi’s ambassador to the US, Adel Al-Jubair, was particularly notable.

Al-Jubair was prominent in the military operations led by Saudi Arabia in Yemen, as he was first to announce the start of operations from Washington, and is the first non-royal to become foreign minister.

The shuffle also saw the appointment of new Health, Economy and Planning Ministers, and head of the royal court, among others.

Salman ascended to the throne in January following the death of his brother Abdullah, and vowed to carry on the same approach as his predecessor.