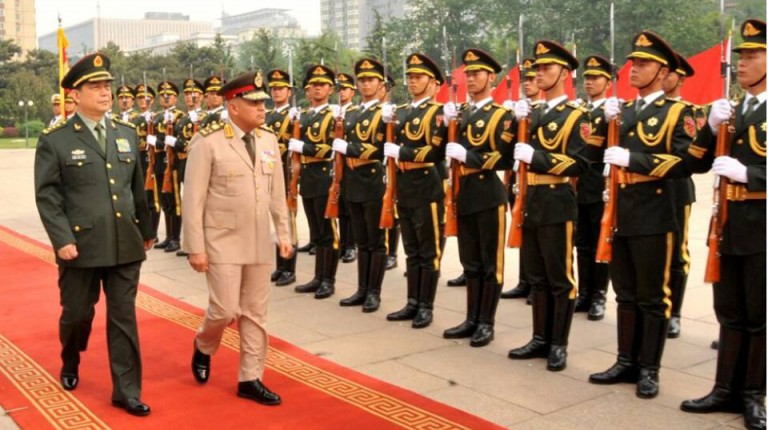 The Defence Ministers held talks discussing developments in the region and methods of cooperation in the fields of defence, transportation as well as enhancing the exchange of military expertise and training.

Sobhi stressed the importance of Egypt’s friendly relations with China and expressed the hope for further strengthening military cooperation in an attempt to “safeguard regional and international peace”.

During the visit, the Chinese president expressed his country’s interest to invest in Egypt and encouraged trade between both countries, noting Egypt’s efforts at improving the investment climate.

In August 2012, former President Mohamed Morsi met with his Chinese counterpart and signed seven cooperation agreements for major projects. These were aimed at boosting Chinese investments, including industrial and technological development projects, in Egypt.