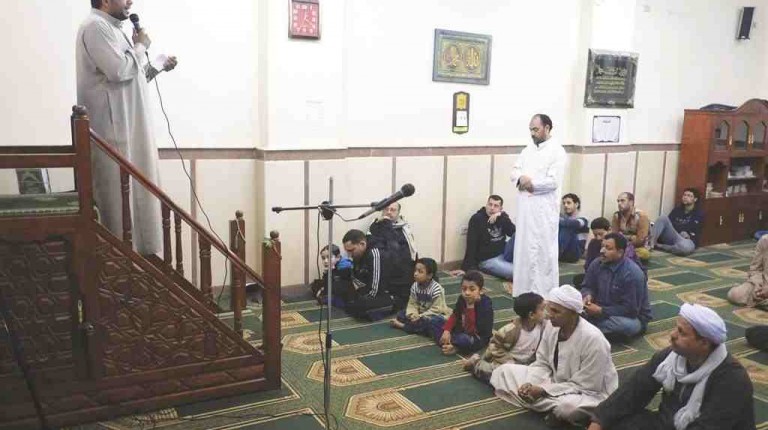 The Ministry of Religious Endowments filed two reports on Friday against two preachers in two different mosques in the Giza governorate using its right of civil arrest for the first time. The preachers were taken to task for holding neither an Al-Azhar degree, nor having  permission of giving religious speech.

The reports are the first to be filed since last October’s decision by the Ministry of Justice, which approved the Ministry of Religious Endowments  to grant the first batch of endowments inspectors the right to arrest any civilian who violates religious speech law and regulations inside mosques.

The Ministry of Religious Endowments said on Friday that “the move comes as a part of regulating religious speech and taking over all mosques across Egypt”.

Throughout their research, the Egyptian Initiative for Personal Rights (EIPR) concluded that speeches discriminating based on religion come from the ministry’s side too.

The first report was filed against the Al-Nour mosque in the neighbourhood of Al-Koom Al-Akhdar in Giza because it was found to be less than 80 metres, which is, according to the Ministry of Endowments’ official statement, against the law. The ministry also mentioned that the mosque’s preacher does not hold an Al-Azhar university degree.

For similar reasons, the ministry filed another report against Al-Ridwan mosque’s preacher, claiming he is a “faculty of arts graduate, and is not allowed to give religious speeches”.