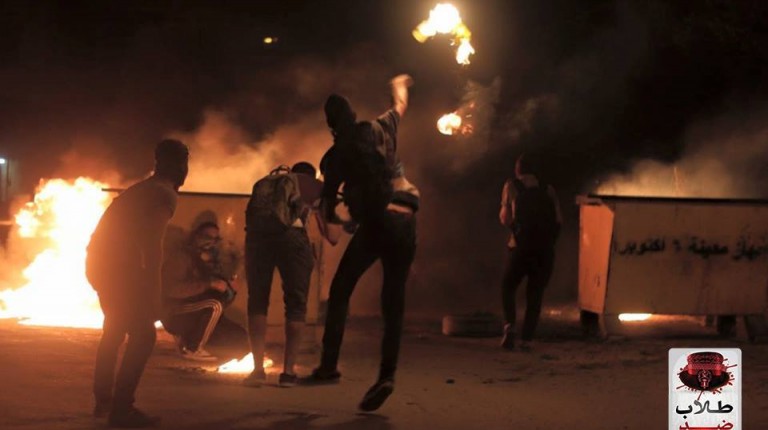 Clashes broke out between student protesters and security forces Saturday night in 6th of October City, according to videos posted on the Students Against the Coup (SAC) official page.

The Interior Ministry would neither confirm nor deny the incident.  However, in an official statement on Sunday, the ministry reported the arrest of 70 Muslim Brotherhood members and sympathisers on Saturday, as well as the arrest of 12 other members in the governorates of Giza, Qaliubeya, Menufiya, Kafr El-Sheikh and Suez.

Similar incidents involving clashes between students affiliated with SAC from 6th of October University and security forces have previously occurred.

Following clashes that broke out between Cairo University students and administrative security guards on 19 April, SAC posted photos the same night of students protesting in 6th of October City. The students fired Molotov cocktails and fireworks in retaliation for the incident that occurred earlier that day.

The Cairo University clashes had resulted in the arrest of 13 student protestors with alleged Brotherhood affiliations. Among them was Yahia Al-Ghozlan, son of Brotherhood leader Mahmoud Al-Ghozlan.

The Association for Freedom of Thought and Expression (AFTE) condemned on Thursday Egyptian universities’ “deliberate expansive use of their abusive authority to expel students”. The group called on the administrations to “reconsider” their decisions to dismiss hundreds of students.

Protests under the title “Bring back our students” took place on various university campuses at the beginning of the most recent academic semester in February.

According to earlier AFTE reports, over 300 students have been arrested since the start of the academic year on 11 October 2014.

At least 15 universities across Egypt have signed contracts with Falcon private security firm to be present on campuses. According to the university administration, these security measures are necessary to prevent rioting and violence.