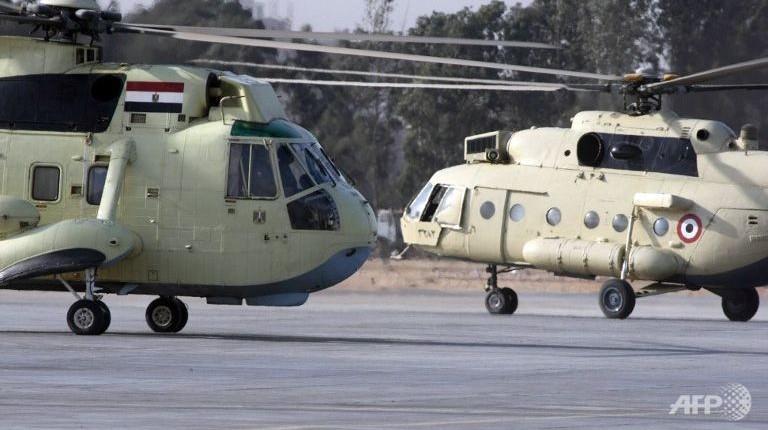 Egypt’s Cabinet decided Sunday to prolong the country’s military involvement in the airstrikes on Yemen for three months.

Reports citing the presence of coalition ground forces in Aden are gaining ground, with pictures and videos of alleged coalition troops operating in the city present on various media outlets.

After sending troops to Yemen for 40 days based on a presidential decree, confirmation from the cabinet and the National Defence Council (NDC) became necessary under constitutional rules.

Sunday also saw President Abdel Fattah Al-Sisi chairing an NDC meeting, which usually confers in emergency cases or war times. According to an official statement, the council dealt with the domestic security situation, in particular the Sinai insurgency.

It also discussed the regional situation, with the council approving the deployment of Egyptian troops abroad within the framework of the Saudi-led coalition’s airstrikes. This does not include the deployment of ground forces.

Sunday reports by witnesses and Yemeni officials indicated that coalition forces, with the numbers in reports varying between 20 and 50, had landed in Aden. Coalition spokesman Ahmed Al-Asiri however disputed the arrival of ground troops, insisting that “no foreign forces” were in Aden. The New York Times reported on Sunday that the fighters were Southern Yemenis trained in and equipped by Saudi Arabia.

Verified facts regarding the ground troops and their presence in Aden are scarce, with only footage released of the soldiers carrying state-of-the-art military equipment, including US-made Javelin ATGM missiles, to go on. But since the coalition has been supplying the troops loyal to President Abdeabuh Mansur Hadi with military equipment, they could still be domestic fighters.

On Monday, Saudi-based news outlet Al-Arabiya reported that the GCC will hold a summit Monday on regional topics, especially the Yemen crisis, with French President Francois Hollande, the first foreign leader to attend such a summit.

Egyptian newspaper Al-Watan meanwhile quoted a Yemeni source on Sunday, saying that the meeting between Al-Sisi and the Saudi king on Saturday also discussed a joint ground intervention in Yemen. The Egyptian Ministry of Foreign Affairs was not available for immediate comment on the reports.

A Western diplomat, quoted by Turkish state-run news agency Anadolu, talked of “several thousand” Arab troops about to be deployed in Aden, and of UAE advisers operating on the ground at least since the beginning of April.