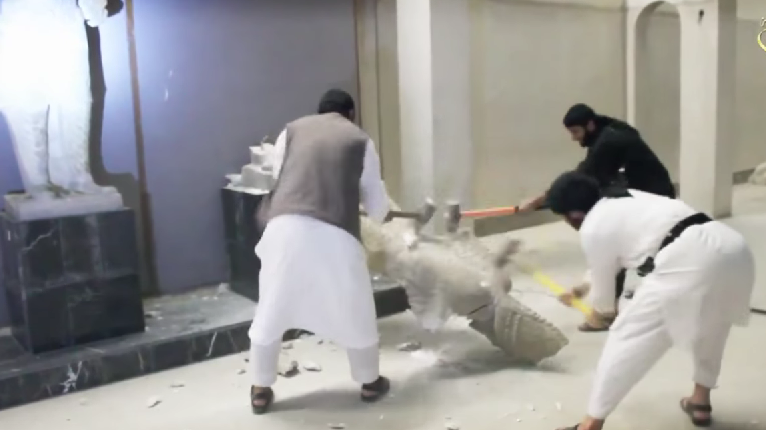 Dar Al-Ifta condemned the “perverted fatwa” issued by the “Islamic State” (IS) militant group, which claimed that the study of archaeology is forbidden. The entity, which is responsible for interpreting Islamic religious texts, said the fatwa (religious edict) is a sign of the group’s total ignorance.

In a press release earlier this week, Dar Al-Ifta described the opinions followed by IS as “extremist opinions” and completely misleading, pointing out that historical antiquities were present throughout the time of Prophet Muhammad without being touched or harmed.

Dar Al-Ifta also noted the importance of protecting such relics, adding that the only way of doing so is by studying their history and the eras they were built in.

The statement also included Quranic verses regarding the importance of deeply studying other peoples’ forms of living, as it is considered a “religious duty”.

These extremists have not closely studied the Quran, Sunnah, or the sayings of the Prophet Muhammad, which all forbid the destruction of the treasures of any city, according to Dar Al-Ifta.

Earlier this year, IS had destroyed a collection of statues in Iraq that date back thousands of years, allegedly claiming “the Prophet ordered them to get rid of statues and relics”.

The militants also burned thousands of historical books and manuscripts at the Mosul Public Library.