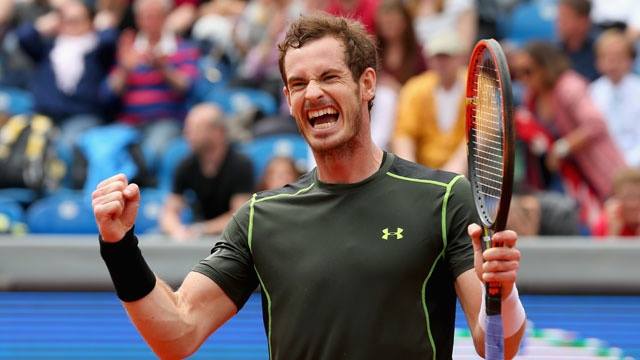 The scores were 6-7, 7-5 and 6-7. Murray won his first title this season, the ATP World Tour clay-court title.

This is the first victory for Federer since three years. His last victories on the sand fields were in 2012 in the Mutua Madrid Open.

The ATP World Tour competitions, which have a 250 point ranking, were completed by French player Richard Gasquet, who is ranked World No. 28. Gasquet won the Millennium Estoril Open, staged in the Portuguese city of Estoril. His victory was achieved after beating Australian Nick Kyrgios in the final round with scores of 3-6 and 2-6, achieving his first title for this year among the competitions of ATP World Tour.

Shifting to the WTA World Tour, Ukrainian player Elina Svitolina won the Marrakech Grand Prix after a win against Hungarian player Tímea Babos with scores of 5-7 and 6-7 in their final match. Last year’s title was won by Spanish layer Maria Teresa Torró Flor.

The title of the Prague Open, in the WTA tournament, was completed in favour of Czech player Karolína Plíšková when she won against her opponent Lucie Hradecká in the final game, scoring 6-4, 5-7 and 3-6.

Before achieving this title, Plíšková made five victories; the first was when she won against German Annika Beck in the first round of the tournament scoring 6-2, 1-6 and 3-6 points. She was also victorious against Bulgarian player Tsvetana Pironkova, with scores of 6-3, 1-6 and 3-6. In the quarterfinal she defeated Czech player Denisa Allertová, scoring 2-6, 7-5 and 1-6 points. Her fourth win was recorded in the semi-final round against Belgium playerYanina Wickmayer, with a score of 4-6 and 5-7 points.