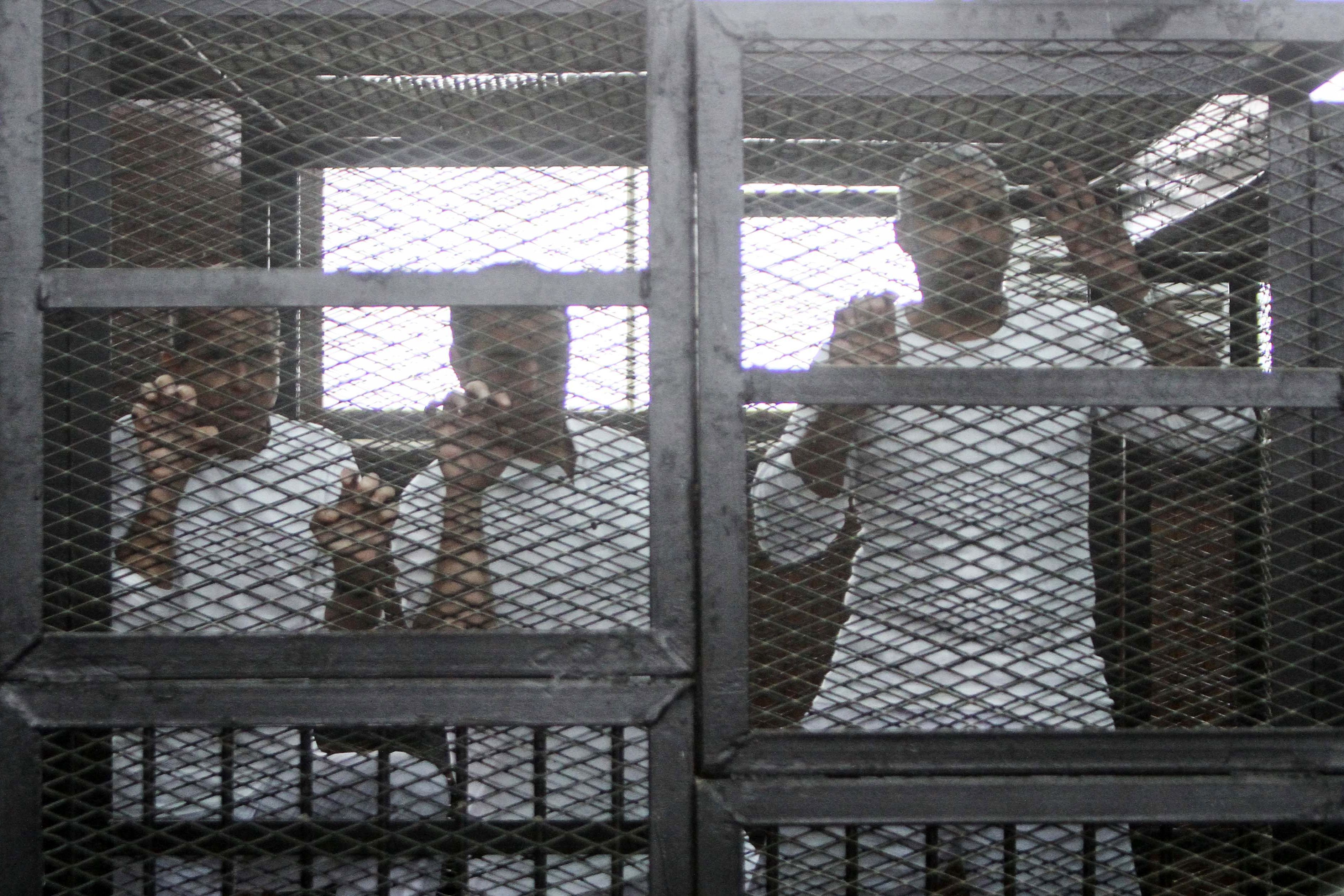 The decision is to allow the court to start listening to the case’s pleas, starting with the general prosecution’s proceedings, state media reported.

The three Al Jazeera journalists are facing a retrial after they were initially sentenced to seven and 10 years in prison last June. In January, Egypt’s Court of Cassation accepted an appeal filed in the case, ordering a retrial.