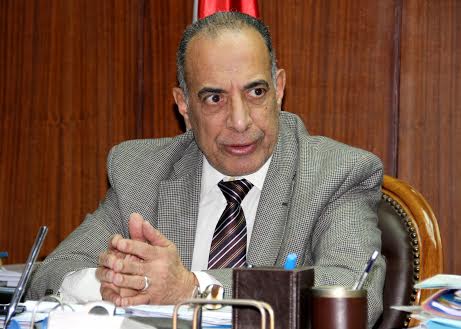 Egypt’s Prime Minister Ibrahim Mehleb accepted the resignation of Justice Minister Mahfouz Saber following a major outcry over comments he made regarding garbage collectors’ sons being unfit to occupy the position of a judge.

Saber appeared Sunday night on the daily TV show aired on privately owned TEN satellite channel. When asked whether the son of a garbage collector can be appointed as a judge, the minister answered that the profession of the judge should be occupied by members of a more suitable class.

“A judge has his own special position, hence he should be coming from a more respectful environment, financially and mentally,” he added.

“With all due respect to the garbage man, but if he works in the judiciary he will be depressed, and won’t be able to continue,” Saber said, eventually adding that the garbage collector should work in another “suitable” job.

After the show’s footage went viral on social media and local news outlets, angry reactions described the minister’s statements as “flawed” and “classist”.

Mehleb said that the minister officially submitted his resignation in response to the public outrage, state media reported.