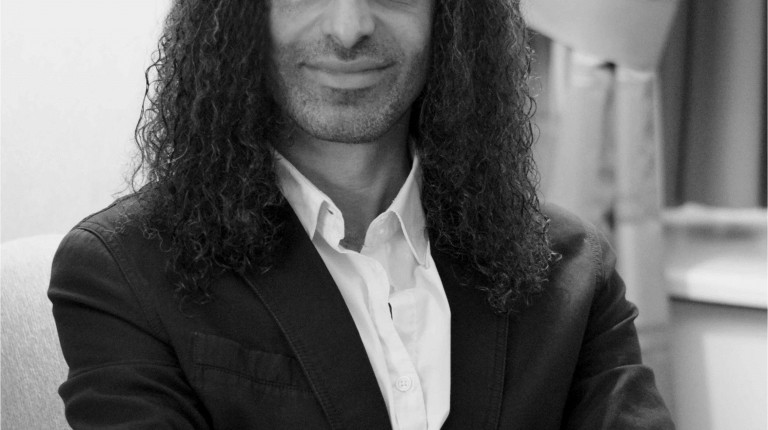 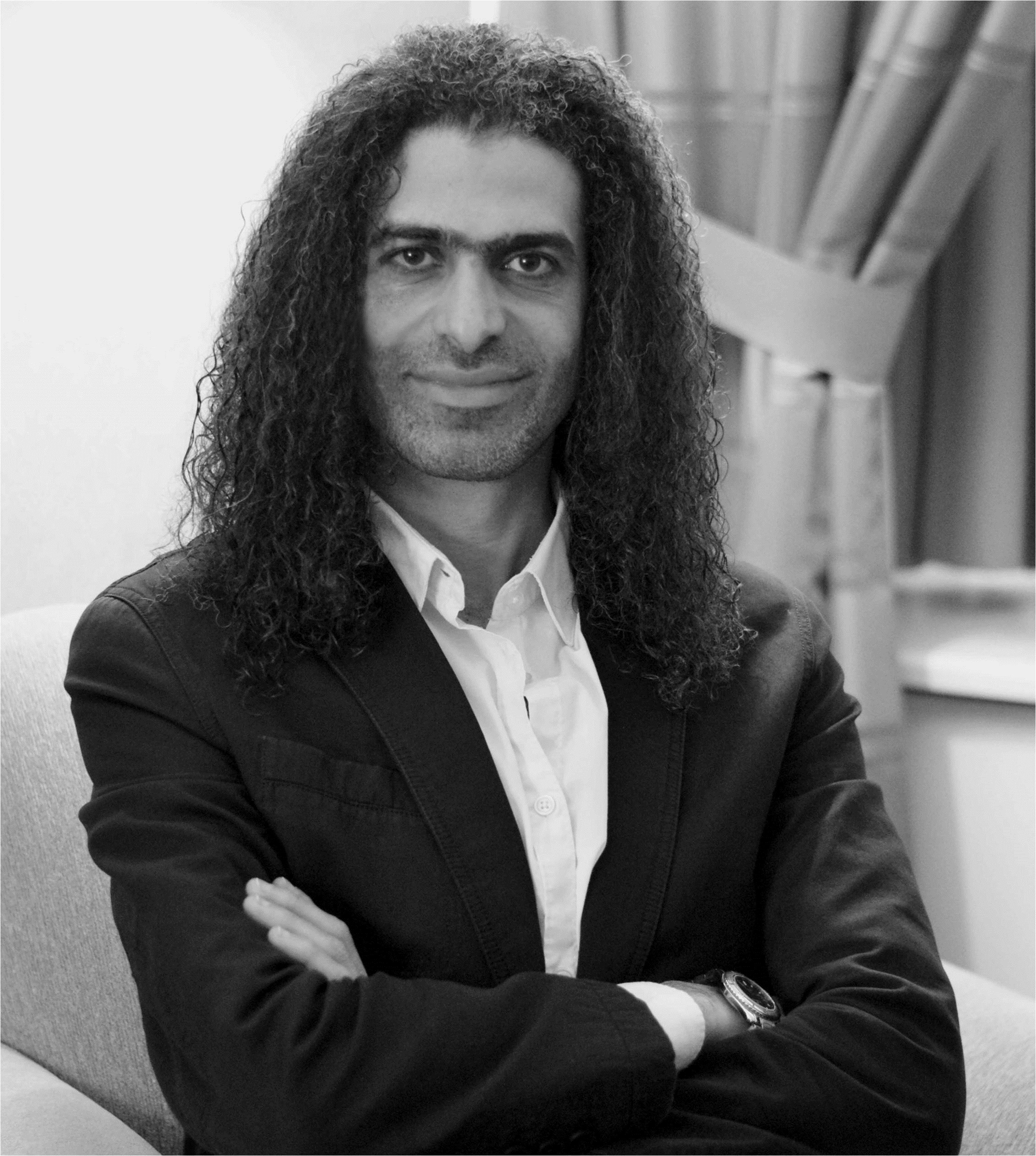 Exactly one year ago, I tried to take a break from my intense news production life style and daily stress. I headed to Southern Spain, with the intention of staying for a couple of weeks or maybe months, a break from big and overcrowded cities full of politicians and daily insanities. Only after a few days, I received a message from a dear Swedish friend, who, like me, is also a journalist saying: “Sorry for bringing you this awful news, your friend Camille Lepage got killed in Central African Republic. I know you were close friends.”

It happened as she expected! The first thought that came to my mind. I found myself standing and a couple of Irish tourists nearby staring at me, as I was sitting at the beach. I sat again, and tried to calmly stare again at the sea. But the thought of not seeing her again started painfully drilling into my brain, with the question of how many killed journalists I personally know so far.

I didn’t know, neither have I tried to count. I just tried to continue relaxing at the Spanish beach, and continue my rehabilitation mission for the weeks to come. The following day though, I booked a flight to the nearest overcrowded city I’m familiar with: Brussels. The beach was too much for me with the thought of Camille’s murder.

A little later, I exchanged a few messages with only two people: Ahmed, our mutual close friend, as the three of us shared a flat in Cairo in 2011, and her mother Maryvonne, who I never knew or communicated with before the bad news. I was very shy to do so, as she just lost her child, and I didn’t know what to say.

Ahmed was more confused than I was, as he didn’t closely witness how Camille’s passion for her career evolved since he left to the US in 2012. But her mother was surprisingly strong, as I sensed from her email replies. I could also get the feeling of conflict and struggle inside her. I think she knew, as I did, that this fate was in Camille’s near horizon.

I remember Camille in 2011 as this little French girl, with a great passion for photojournalism, always holding her new professional camera, taking pictures of everything, including us, her flat-mates. She was very passionate about the Egyptian revolution, the change the country was going through, the people, and their daily lives.

She got the opportunity to intern at the Egypt Independent weekly newspaper, which was anyway what brought her to the country. Her first assignment, I remember, was a story on traditional food in the month of Ramadan. She wasn’t very excited about it, and asked me to join her. I didn’t, as I was busy. And I also wanted her to find the courage inside her to go through the experience alone and learn from it. I advised her to go to Sayeda Zeinab market, a poor neighbourhood that was near where we lived, and where people are familiar with foreigners taking pictures of the old area there. I did not want her first professional assignment to be too tough on her. She came back a few hours later, extremely happy and excited with great pictures of local food and Ramadan deserts, but most importantly for her, pictures of people.

Camille found something in Ahmed and me that made her feel very relaxed and comfortable in Cairo and in our flat. I am not sure what that was exactly, but she was introducing us to her new friends as “her brothers”, which I guess was true in a way or another. She would always approach us and tell us everything that crossed her mind, everything that made her happy or even bothered her in Egypt, and all the personal experiences that she liked or hated. I did feel like I do have another little sister, next to my biological one.

Camille found a job opportunity in South Sudan’s Juba, and didn’t take a lot of time to think about taking it. She was very happy when we decided to throw a goodbye party for her at the flat the night before her departure to deeper Africa. Funnily enough, she didn’t show up for her own party. Very late in the night, she returned extremely happy and excited. She was present in the whole event of the storming into the Israeli embassy in Cairo in September 2011, and she documented everything. I was also there at the same event hours earlier, but I didn’t stay for as long as she did, and neither did I see her as there were tens of thousands of people there. But, as a “professional journalist”, I put the story elements together in my mind and thought that was it.

She didn’t do the same, she stayed for the whole event, not only taking pictures of the clashes from a new perspective, she also excellently documented people’s feelings and emotions in those pictures. I felt very proud of her, so proud that when Sky News called me form London for an interview in order to comment on that event, I just said no, I have a better reference and eye-witness, Camille Lepage. It was so beautiful to see the pride and thrilling feeling of achievement in her eyes the following morning after her first experience with international media.

One year later, her extraordinary work coming from South Sudan was all over the world. She suffered a lot in the beginning, she was betrayed and cheated by members of the Western expats bubble that were supposed to be there to help construct the newly born state. She decided to leave them, not the country. She lived in a tent for a while, and then in a wooden hut without electricity, water or a toilet. And that was not in the jungles, it was in the city of Juba, near the fancy life of the “development” expats, who did nothing but make life much harder for the locals by making the city one of the most expensive in Africa. She didn’t escape the hardship, instead she courageously, given her very young age and little experience back then, decided to go through it, survive it and side with the local, whom she fell in love with eventually. Something we could tell from her very warm and humane photography produced there.

Throughout 2012 and 2013, she was always passing by Cairo on her way back and forth between Africa and Europe. She visited me once in my office at Daily News Egypt, and we caught up on as many updates about both lives as we could. Given her work, that was starting to become highly recognised and well spread in the international media, I realised the danger she had to go through having these pictures taken. I told her: “Maybe it is time to come back here? I have a job for you in my newspaper.” She smiled and quickly turned down my offer and said: “If everyone leaves there, who then would tell the story of those people.”

In 2013, she visited me in the Belgian city of Ghent, where I was staying for a couple of months for academic research purposes, while she was travelling back to South Sudan and then to other African destinations she wanted to explore and document. Toward the end of her two-day visit in the too quiet too small European city, I dared to criticise the work produced by her coming out in the international media.

“You’ve crossed all professional redlines, you’ll get yourself killed,” I said, trying to slightly scare her and convince her to just take a less dangerous approach. Her reply was “I know, I might get myself killed, and it doesn’t scare me”, a response that deeply disturbed me. First, I felt I’m not half as good as her as a journalist, that little girl who just started her career yesterday. And secondly, but most importantly, I got scared that I might not see her again, that little sister that was a part of my life under the same roof back in Cairo.

She smiled and repeated the same question as she did a year earlier “If everyone leaves there, who then would tell the story of those people?” And that was the last time I saw her.

A year just passed after she left our world, or had to leave. That world which didn’t yet have enough journalists killed, while documenting our human insanity. She left and the genocide that got her killed while documenting, is still happening today.

For some reason, I still can’t process her death. Maybe because I expected it, while at the same time I could not accept it yet. She was definitely one of the greatest journalists I ever met in my whole life. A journalist that did not let the human lens drop while focusing on the mainstream technicalities of producing daily stories, unlike most of us journalists, who let ourselves lose that lens under the daily pressure of the news production machine.

Of course, I’m very proud of her and the position she took from those she had their untold stories spread around the world. But I would have preferred instead to be able to have a coffee with her in our living room back in Cairo, listening to her own personal stories about a boy she had a crush on or a ridiculous hair cut she would want to have.