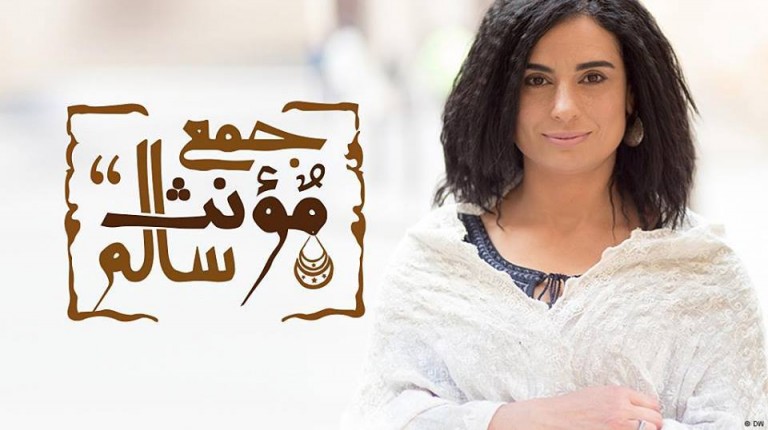 The weekly programme “Gama’a Moanath Salem” [Feminine sound plural], presented by Egyptian anchor Reem Maged, has only aired two episodes on both channels since 2 May, to feature success stories of Egyptian women in society.

The first episode featured folklore artist Shaheera Mehrez, while the second episode, aired on Saturday, featured Al-Masry Al-Youm photojournalist Eman Helal and her encounters with shooting and field reporting current events in Egypt from 25 January Revolution in 2011 to the dispersal of Rabaa Al-Adaweya sit-ins on 14 August 2013.

There is much ambiguity surrounding the ban’s real reasons, as well as uncertainty regarding the entity which ordered the ban. DW Arabic spokesperson Christoph Jumplet told Daily News Egypt: “I cannot really tell why the show was banned, ask the Egyptian authorities.”

He added: “It is too early to tell whether the partnership will continue between both channels, yet we support OnTV and we want to continue this programme.”

In an official DW Arabic statement Friday, the channel said: “This act is a blatant violation against press freedom in Egypt.” The statement added that the programme will continue airing on its channel and on the website every Saturday.

The banning has also stirred negative responses on social media platforms. Thousands of Twitter users, media personnel, and activists used a hashtag of the programme’s name to criticise the ban. “Reem presents a source of fear to the state dictatorship,” a Tweet read.

The show was considered a comeback for Maged on TV after an absence that lasted for nearly two years following the halt of her programme “Baladna b el masry” [Our country in the Egyptian way] on OnTV in 2013.

Maged is also a political advocate who took part in the “No to military trials” protest in front of the Shura Council in 2013. Earlier, she was accused of insulting judiciary on her show in 2012. She was also summoned by military prosecution, for previewing alleged military violence towards activists in 2011.