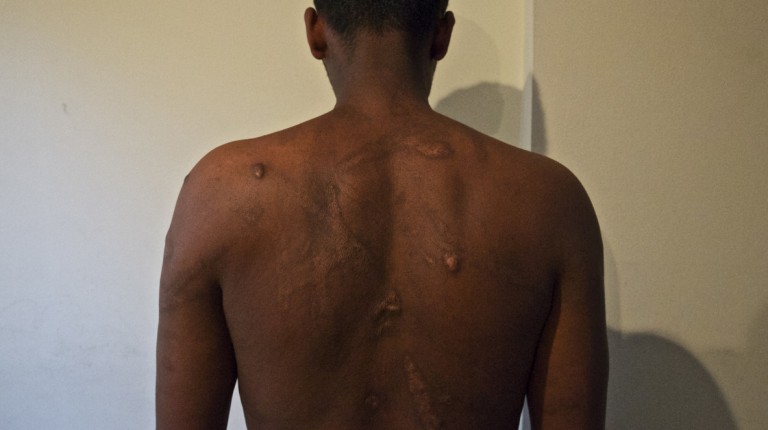 138 prosecutors hang in limbo; after almost two years of being appointed as prosecution assistants in the dying days of the Muslim Brotherhood government, they were later denied a career in Egypt’s judiciary as their parents do not hold university degrees.

Daily News Egypt spoke to representatives of the 138 prosecutors, who detailed their case and discussed the ways they can restore their rights to the posts promised to them.

Abdel Karim Al-Naggar, a spokesman for the group, said: “Our appointment procedures were stopped by the Supreme Judicial Council, which created a condition that parents of candidates have to hold university degrees.”

The young law graduates were announced successful candidates for the position of prosecution assistant, the first step in a judiciary career in Egypt, and a decree was issued with their names on it, awaiting the approval of the president to formalise the decree.

Days after the issuance of the decree, Egypt witnessed landmark events that eventually led to the ouster of the Muslim Brotherhood government and former president Mohamed Morsi in July 2013. Morsi did not get the chance to approve the decree.

The panel of seven veteran judges that examines the candidates for the job was changed, naturally, after the ouster of the Brotherhood government, and reports said that the names of 601 new prosecutors are to be reviewed to “purge them of Brotherhood members”.

Investigations by the National Security Agency revealed that 73 of the 601 prosecutors are affiliated to the now-outlawed group, and subsequently their names were removed. However, along with them were the 138 others, whom the judicial council removed due to the above mentioned condition.

“We went to meet Hamed Abdullah, head of the Supreme Judicial Council, who told us those whose parents don’t hold university degrees do not have a place in the General Prosecution,” Al-Naggar said.

The council made press statements afterwards saying that parents’ education, social and financial status, are new standards for appointments in the General Prosecution.

Kirolos Gerges, one of the excluded prosecutors, expressed his anger at the discrimination they have been subject to, saying: “Is it okay to take those people [sons of workers and farmers] and deploy them at the borders and they get killed, but to take a public post, we have to place conditions?”

“Did we create the constitution and have people vote on it so that it remains on paper, and for the judicial council, the top of the judiciary, brush it off?” he wondered.

“The obvious legal rule says that if you issued a law, decree, or condition, you can’t impose it in retrospect,” Gerges added.

Last week, Egypt’s Justice Minister Mahfouz Saber resigned, following major outcry over comments he made regarding garbage collectors’ sons being unfit to occupy the position of a judge. Ironically, the minister’s father did not hold a university degree.

“Dismissing the justice minister, his resignation, or even his apology to the Egyptian people doesn’t change a thing in reality,” Al-Naggar said.

Mahmoud Al-Tarori said the court has rejected the candidates’ complaints before, always citing the judicial council’s discretional power in making appointments. He expressed a different opinion, noting that “this has turned to an absolute power, and absolute power leads to absolute corruption.”

“We have no way but for the president to intervene and safeguard the dignity of the Egyptian people and resume the appointment of the 138 prosecution assistants who were deprived of their right because of their parents’ education, as they are the sons of workers and farmers,” Al-Naggar stated.

The excluded group was planning to hold a protest Saturday outside the Press Syndicate, but increasing security measures following the death sentences handed to Morsi and scores of Brotherhood members and leaders led to the cancellation of the protest.

A support campaign led by several NGOs and Osama Saber, head of the Crisis Management and Development NGO, called on President Abdel Fattah Al-Sisi to intervene and solve the issue of the excluded prosecutors.

The campaign, entitled “Don’t break our dream”, requested to meet Al-Sisi to explain the case and demand lifting the “unconstitutional condition”.