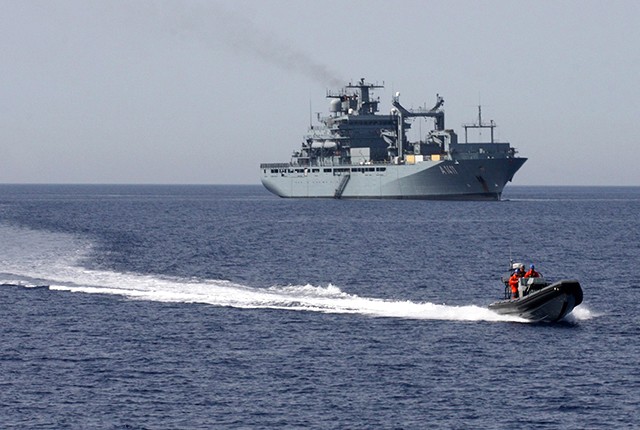 The Foreign Affairs Council of the European Union, consisting of the EU foreign ministers, is scheduled to take a decision together with the assembled EU defence ministers on whether to militarily engage human traffickers in Libyan waters and at shore, late Monday.

The EU plan features the destruction of smuggler vessels, aiming to capture or destroy them before they can even embark upon their journey. Legally, the operation requires either a mandate by the United Nations Security Council or a request by the Libyan government to be put in place.

The idea drew criticism in advance from human rights organisations, but also from significant stakeholders, like Russia – a UNSC veto power – and the Libyan UN ambassador.

The most major concern is the possible loss of civilian lives due to flawed identification and targeting of supposed smuggler vessels, putting mainly fishermen at great risk. Yet, European officials were quick to assure that great caution will be taken during the operation, claiming the focus would still be on saving people out on the open sea.

After several boats sank in the Mediterranean during the last weeks, killing more than a thousand people, the EU scheduled an emergency summit where it decided to ramp up funding for its unpopular maritime border guarding operation ‘Triton’l and to dispatch British and German warships to the Libyan coast to rescue people in danger.

The newly arrived ships saved several hundred people in the few weeks since their arrival, yet the EU’s reaction was criticised by Amnesty International as “a face-saving not a life-saving operation” since the number of people killed trying to cross the Mediterranean increased 20-fold in 2015, compared to the same time span in 2014 when a broader Italian operation was still in place.

The operation ‘Mare Nostrum’, featuring Italian navy and air force elements, was replaced in November 2014 by the cheaper operation ‘Triton’, headed by EU’s own border guard Frontex, after EU countries turned down Italian requests to assist with the financing of the operation.

‘Mare Nostrum’ was widely hailed as a successful mission for rescuing about a 150,000 people. Its replacement therefore sparked sharp criticism among human rights advocates.

Among the migrants boarding the fragile smuggler vessels are mainly Syrian, Eritrean and Sudanese refugees, trying to escape severe oppression and civil war. Although Libya is the main hub for human trafficking over the Mediterranean, other Northern African countries like Egypt have to deal with extensive and elaborate networks of smugglers.