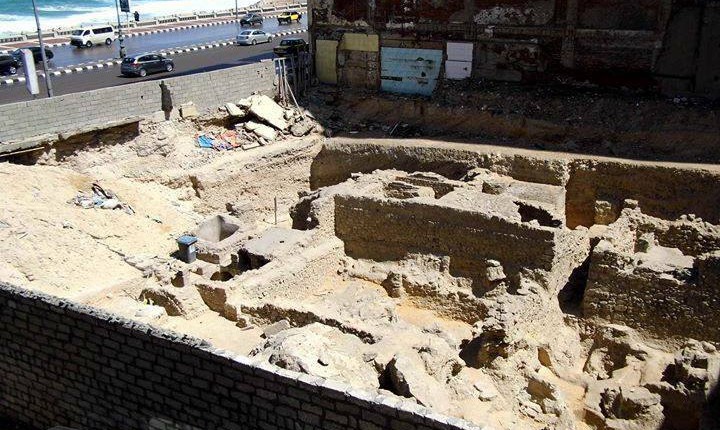 A group of activists called the “Heritage Taskforce” have submitted a legal complaint against the Ministry of Antiquities for the destruction of a Hellenistic-era archaeological site by the Alexandrian coast.

The antiquities ministry’s ruling to level Al-Abd Theatre in order to allow a contractor to build an apartment block has frustrated and angered the heritage activists, who campaigned unsuccessfully to stop the decision.

Discovered in 2012, the site of Al-Abd Theatre dates back to the Greco-Roman era, in the third and fourth century BCE, and would have stood on the coast of the Mediterranean. The taskforce has called the site “not only one of the most important archaeological sites in Egypt, but in the whole world.”

The Director of Antiquities in Alexandria, Mostafa Roshdy, has said that the decision was made following complaints from residents that the excavation of the site was threatening the integrity of neighbouring buildings. However, the Heritage Taskforce suggests that this decision was “non-scientific”.

According to a statement by the taskforce, permitting the destruction of the site breaks Egyptian laws that guarantee the proper preservation of antiquities.

In their submission to the Prosecutor General, the taskforce accuses the Ministry of Antiquities of violating Act No. 115 of 2010, which highlights the importance of preserving archaeological sites. The taskforce believe that the demolition is also in violation of clauses in the 2014 constitution, calling for the “utmost efforts to maintain Egyptian antiquities”.

“Despite our advice to the Department of Antiquities to find solutions to preserve the site, maintain the rights of landowners, and protect adjacent buildings from collapsing, they instead ignored all our warnings and decided to destroy the site in violation of the law and constitution,” the taskforce said.