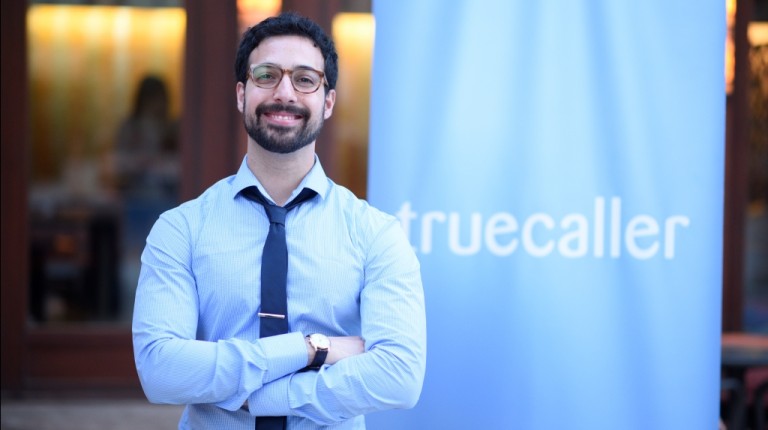 The Truecaller application is rapidly growing in the Arab region with rates that exceeded 200% per year, while the local rate increases to reach 230%.

According to Husain Misherghi, Vice President of Growth Partnerships for Middle East and North Africa, the number of Truecaller users worldwide is 100 million. Of these, there are over 33 million in the Middle East, 10 million of which are from Egypt. This makes Egypt the second largest market for the company after India.

How do you evaluate your activity in Egypt and the Middle East recently?

For us, the Arab market is one of largest growing markets as we have 33 million Arab users from a total of 100 million users from all over the world. The Egyptian market is a strategic market that contains many promising opportunities, as it is considered our largest market in the Middle East with the number of Truecaller users in it reaching 10 million users. It is also our second largest market in the world after India, and we have over 2bn search operations a month.

Is the Egyptian market mature enough in the culture of using mobile applications to be the second largest market in the world for Truecaller?

Indeed, the Egyptian user is fully aware of how to benefit from advances services on their smart phone. The Egyptian user is among the most active Truecaller users, this is because of Egyptians’ strong need for our services as everyone deserves to know who is really calling them.

What are your plans for increasing the number of Truecaller users?

According to our plan, by 2020 every Arab mobile user will have Truecaller. According to our indicators our number of users increases daily by more than 250,000 new users.

What about the growth rates in the Egyptian market?

We have strong and speedy growth rates in the Arab region and the Egyptian market. We achieve a growth of 200% in number of users in the Middle East and North Africa, while the growth rate in Egypt is more than 230%.

How do you acquire the recorded data you have?

We have two main means of acquiring data: first through our partners who help us provide data of the business sector; the other is through the community of the application users themselves but only if they agree to that, if they don’t we cannot use their data but they can use the application normally.

Do you have partnerships with other telecommunications companies or others in Egypt for data provision?

Actually, so far there are no partnerships with Egyptian companies in this regard, but we look forward to having Egyptian partners to help us improve our database.

Some people believe that once you download the application all data are copied to the Truecaller’s database, what is your comment on that?

This is totally untrue; users are aware of everything happening. Through settings, users can use the application without the availability of their personal data. Also iOS and Android do not allow transferring data from devices even if the user approved. So the application cannot transfer users’ data unless they allow this action through the application settings.

How much are the company’s investments?

The company’s international investments amount to almost $80m, out of which $60m were achieved over the last few months by investors such as Sequoia company. The majority of our investors are senior companies sharing annual investments with few companies, selected carefully before the funding process.  Yahoo, Facebook and Google are among these investors; this is why they highly appreciate Truecaller.

How are these investments used?

We use our investments to improve our application and quality. We barely spend on marketing, because all our service users know about our application from other users. This is why most investments are directed to research and development. We managed to decrease the application’s size to 5MB, and this is among the smallest applications in size. Lately, we launched a new application under the name of Truedialer which provides information associated with the number being dialled by searching the contact list and Truecaller’s database.  This new application has managed to attract 5 million users who use Android OS.

What are the advantages found in the Arab regions that motivate you for development?

The amount of the Arab users is huge. They represent 33 million users out of 100 million users worldwide, which means one third of the users. Also they are the most active users for this application.

How does Truecaller achieve investments?

At the beginning, Internet services were free, nobody was asked how they make money through the Internet. In the meantime, revenues are not included in our plan. We are an emerging company with no more than five years in the market, even though we are widely spread and managed to attract many clients. Our main target now is to improve our services and develop our applications.

We have 100 million users and more than 2 billion monthly searches. When we attract 500 million users, we will then look into the ideal way to achieve revenues and start applying.

53% of Arab internet users shop online once a month