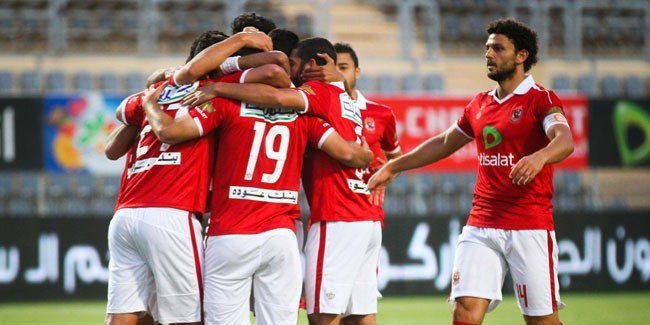 Following Al-Ahly’s move from the African Champions League to the Confederation Cup, the Egyptian team did achieve a victory over its Tunisian counterpart in the first game in the eighth-final for the tournament.

Al-Ahly gained a narrow 2-1 win after falling behind due to an early goal in the first half. However, Al-Ahly was then able to score a goal by Ahmed Abdel Zaher, followed by Emad Moteab’s goal in the 65th minute of the second half.  This helped the new coach, Fathi Mabrouk, to achieve his first African win in this season.

Al-Ahly will have to avoid defeat by one clean goal in the second game or by a two-goal difference in their return match with the Tunisian team in order to proceed to the next round.

On the other hand, the Egyptian Al-Zamalek team, participant in the same league, was beaten 1-0 by Sangha Pulonda in an away match.

The game was not broadcast on TV and there were many reports stating that the referee cancelled at least one legitimate goal of the team out of two goals which were claimed to have been scored by Al-Zamalek. This is besides a few minor conflicts between Al-Zamalek players and some of Sangha Pulonda’s fans.

Al-Zamalek needs to win by at least two goals difference in order to continue in the tournament and reach the group rounds and the quarter-finals.

Smouha team is the only representative of the Egyptian leagues in the most important tournament in Africa, the Champions League. The team qualified for the group rounds almost a month ago.