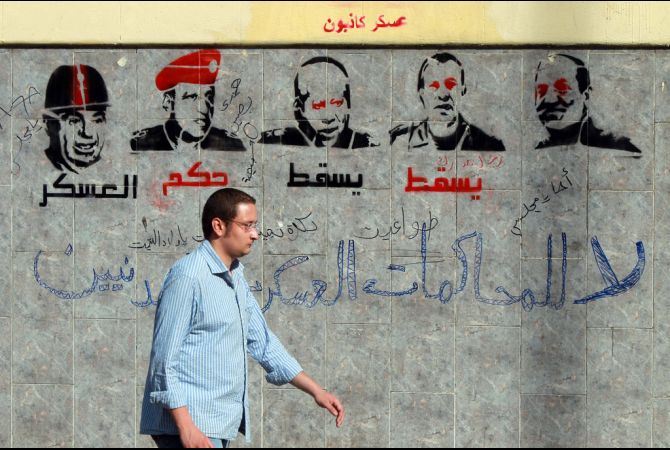 Over 50 students have been detained from different universities without any legal reason since last Monday, Youssef Saleheen, spokesperson for Students Against the Coup (SAC) group said Wednesday.

This comes as part of a large-scale campaign to arrest students during the exams period.

Saleheen told Daily News Egypt that the exact number of students is still unclear, as the campaign have targeted students while exiting exam halls, and while walking in the street.

“On Monday, 35 students were arrested from their place of residence in Nasr City, with no clear charges mentioned,” he added.

The families of the students sent lawyers to represent their relatives, but Salaheen mentioned this was not allowed until after the detainees have been referred to the prosecution.

In Assiut University, similar arrests were reported as students were detained after leaving the exam hall.

Thousands of university students have commenced with final exams of the current academic year since the beginning of the month.

In Daqahleya governorate, more than 10 students were also arrested from home, SAC reported. SAC is a revolutionary student movement which was formed after the ouster of former president Mohamed Morsi.

The group has been using social media to warn its member to delete all digital content from laptops, computers, smart phones, and papers that might include anti-government material. The group further issued a warning for members not to leave their homes, upon knowing of the police crackdown.

“Sometimes revolutionary poster, songs, or Facebook posts can be used as evidence to prosecute the arrested students. Many students were charged of running political Facebook pages,” Salheen said.

In the recent period, a number of cases were announced by police where defendants are accused of running social media pages that “incite against the police and the army”.

The Interior Ministry was contacted to confirm the arrests, but a representative would neither confirm nor deny. On the same day, however, the ministry announced the arrest of 37 alleged members of the now banned Muslim Brotherhood group, accused of “inciting violence and attacking different public institutions all over the country”.

Although the final exams are currently taking place, members of SAC have been organising silent demonstrations protesting the deaths of two colleges Abdel Rahman Al-Sayed and Anas El-Mahdy.

Al-Sayed was executed Monday by Egyptian authorities for allegedly joining the “Arab Sharkas” terrorist cell, while El-Mahdy died after being in a coma for 17 days after sustaining injures.

El-Mahdy died as a result of a brain haemorrhage sustained during clashes between security officers at Cairo University and students on 19 April. The students had been calling for the release of their colleagues detained on protesting-related charges. The protesters were believed to mainly be members of the Students against the Coup (SAC) movement.

According to research by the Association for Freedom of Thought and Expression (AFTE), El-Mahdy is the 20th student to die as a result of on-campus violence. He is, however, the first during this and the previous academic to die at the hands of university administrative security, with the rest attributed to police actions.