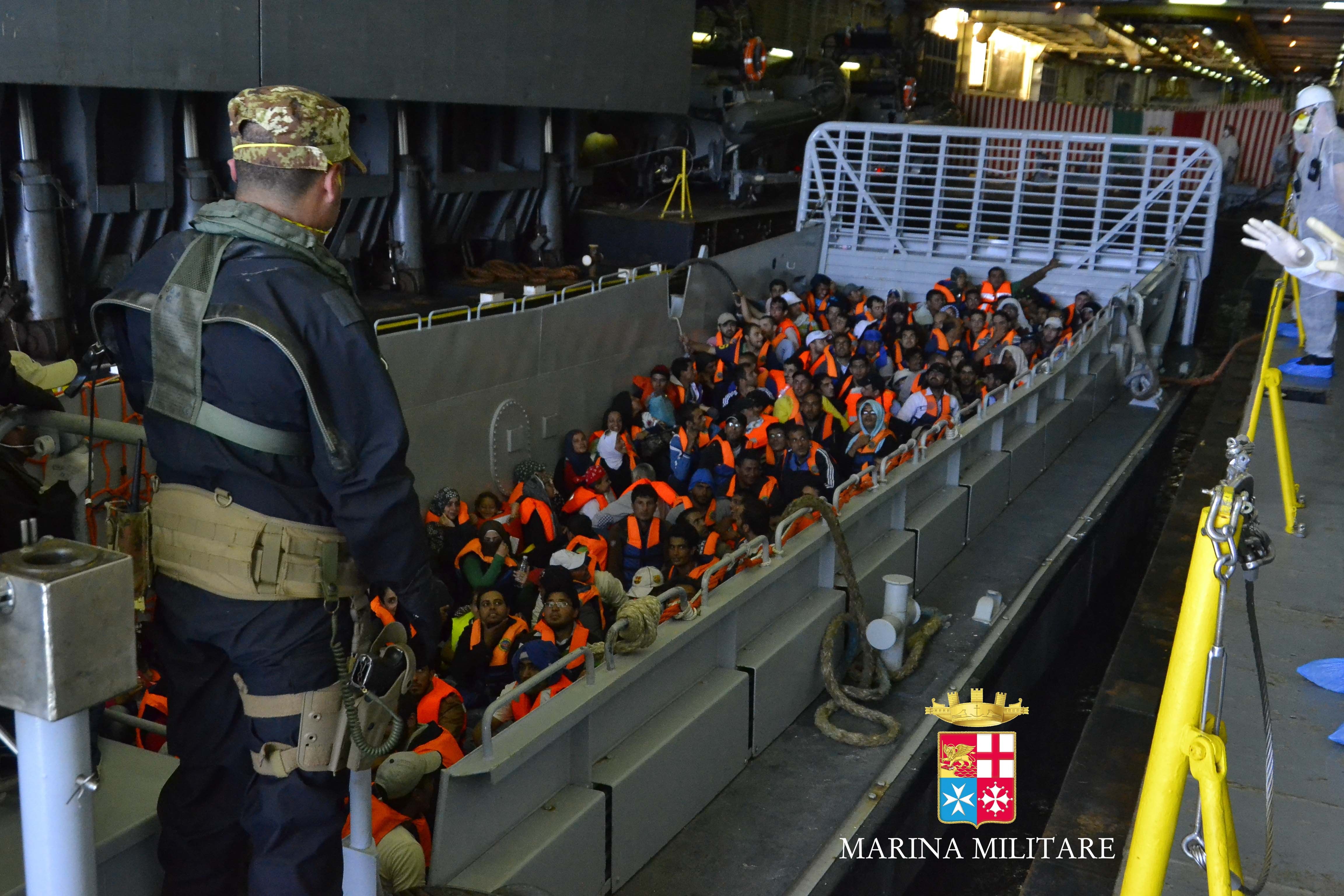 The European Union’s military action plans against smuggler networks “should not put the lives and rights of migrants and asylum seekers in jeopardy”, Human Rights Watch (HRW) said on Thursday in reference to the EU’s naval operation set to destroy smuggler boats in the Mediterranean.

On 18 May, the naval operation, dubbed EUNAVFOR Med, launched to identify, capture, and destroy boats that are used by smugglers in the Mediterranean. Popular EU narratives on the deaths in the Mediterranean have blamed smugglers for the hundreds of drowned lives rather than on EU policies of not saving migrants, which were introduced in an attempt to de-motivate future migrations.

Nonetheless, approximately 12,460 migrants arrived by sea to Italy in the month of May, according to the estimations of the International Organization for Migration (IOM). The IOM added that the total number of migrants arriving in Italy since January 2015 is thus 38,690.

Migrants include Eritreans, Ethiopians, Somalis, Syrians, Nigerians, Gambians and other sub-Saharan nationals.
While HRW acknowledged that “there are no easy short term solutions”, the human rights watchdog called on the EU “to increase safe and legal channels into the EU as a more effective long term solution than destroying boats”.

The group also called on the EU to assess the risk of trapping migrants and asylum seekers in Libya, as this means their continued subjection to violence. Often, the asylum seekers have “no possibility of lodging asylum claims”.

“Destroying suspected smugglers’ boats might temporarily prevent a person from boarding an unseaworthy vessel, but the consequences don’t end there,” Judith Sunderland, acting deputy director of the Europe and Central Asia division of HRW, said.

“The EU needs to be honest in assessing how its intervention will push desperate people to take even more dangerous journeys, what becomes of people in need of protection seeking to leave an increasingly chaotic and violent Libya, and how this squares with international obligations.”

The EU council will begin this military operation first through surveillance and patrols and then through “boarding, searching, seizing, and diverting suspected smuggling boats, followed by ‘rendering inoperable’ the suspect boats”.
Meanwhile, the internationally recognised Tobruk government in Libya stated it opposes EU action on its territorial waters.

Egypt has also been cracking down on migrants. More recently, Egyptian border police detained 72 people, Egyptian, Sudanese, and Syrian, for attempting to cross over into Libya, where it is easier to be smuggled into Europe, state-led news agency MENA reported.

Earlier this month, more than 80 Egyptians were also arrested for attempting to cross over into Libya.
The EU is often criticised for designating more resources for militarisation and policing the Mediterranean and its borders to limit immigration, rather than on rescuing migrants’ lives.