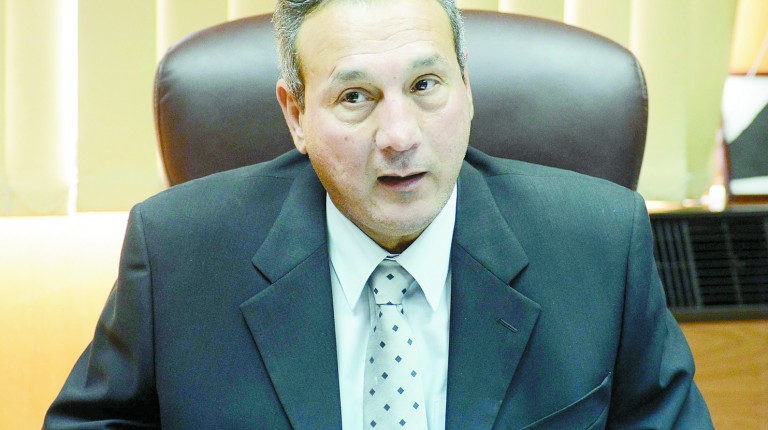 “Initial indicators for the results of operations during the first half are good, and in line with the management’s settled strategy,” said Mohamed Eletreby, Banque Misr Chairman, during an interview with Daily News Egypt, preferring no to disclose the indicators until their approval.

How do you explain the significant growth in the bank’s revenues, and what are your upcoming plans?

The significant growth in the bank’s revenues and the expectations of more growth during this year are results of growth in investments and their large revenues, in addition to the new package of products that attracted a new segment of clients to the clients’ base. The bank’s board of directors adopted an expansion strategy to be implemented throughout the next years. It relies on four axes; on the top of them comes expanding in small, medium-sized and micro enterprises (SMMEs), and mortgage finance. The bank places a lot of weight on these two kinds of operations for what they represent in pushing economic growth rates.

What is the final position regarding the “Your Project” initiative launched by the Ministry of Local Development?

The bank provided new funds to 297 SMME clients for EGP 8.4m through the Your Project initiative launched by the Ministry of Local Development, in cooperation with National Bank of Egypt and Principal Bank for Development and Agricultural Credit (PBDAC), at the beginning of last April. The bank received around 575 fund requests last April form clients in different governorates to make use of the initiative, of which 40 were rejected for not meeting requirements. The initiative started with serving clients in 14 governorates, and then the number increased to reach 27 governorates. It grants short and medium-term loans, divided into four segments, to fund new and already working SMMEs in all sectors of economy.

How much are the total funds provided to small and medium enterprises?

The bank’s total funds to small and medium enterprises amounted to EGP 2.5bn by end of April; they are set to be increased by around EGP 1bn to reach EGP 3.5bn by end of the FY 2014/2015. We started negotiating with international funding institutions over acquiring funds directed to small and medium enterprises. As for geographical spread, the bank plans to open 275 new branches, 255 of which are small branches, while the rest would be comprehensive branches. The plan that is expected to take place over the next three years includes opening 15 Islamic branches, to make them 49 branches providing Islamic services.  The geographical expansion aims at achieving financial inclusion through increasing the number of branches, which allows for reaching the biggest segment of clients, especially in governorates of Upper Egypt and the Delta. The Central Bank of Egypt’s (CBE) decision with regards to small branches heavily contributes to achieving financial inclusion and increasing the number of people deal with banks, whereby the rate is still low. These branches are important in supporting SMMEs.

How will the bank deal with assets it obtained after the last settlements?

The bank seeks to get rid of its heavy heritage from the assets it obtained, whether due to settlements with clients or indebtedness from the business sector. The plan is to propose them through bidding or direct selling. Getting rid of these assets has a direct impact on increasing yield on assets, as well as increasing banks’ capital gains. This year is expected to witness significant increase in demand on lands and real estate.

What efforts is the bank making to stimulate and ensure the success of its real estate finance initiative, launched last year by the Central Bank of Egypt?

The bank began the real estate finance initiative that was launched by the Central Bank of Egypt (CBE) last year. There are major steps taken by CBE that contributed to better activating the initiative. The most important steps were diminishing the required procedures and documents, in addition to the fact that the period for disbursing funding does not exceed a month. There are housing units in the Urban Communities Authority that exceed EGP 15bn ready for funding. The bank contracted for 1,000 ATMs, where 500 will be supplied this year and the other 500 will be supplied next year. The total number of ATMs reached 1,300 nationwide.

Is the bank planning on adding new activities?

We are considering the launch of a leasing company with initial capital of EGP 50m, but it is not yet decided whether founders are entering with the bank in the launching of this company. The bank will move its headquarter to a new area within the next two months, and all technological systems in its external branches were recently updated.

What is the current value of customers’ deposits? What is the targeted value during the next phase?

The customers’ deposits value was estimated at EGP 276bn by the end of last April, and the target is to increase it by 20-25% this year through attracting a new segment of customers.  The banks seeks to offer customers a range of retail banking products that suit all segments of the bank’s customers, whether in the form of savings certificates or otherwise. We also seek to expand in joint funding activities in different sectors, and the bank is about to sign the Egyptian Electricity Holding Company loan, estimated at $521m.

What are sectors that the bank is currently interested in funding?

We are studying funding new and renewable energy due to its importance in creating new jobs, pushing the economy, and addressing the lack of electricity in factories.  The bank is paying special attention to projects involving the development of the Suez Canal or any national projects proposed by the Egyptian government. I expect that this year would witness competition between banks for shares to fund for these projects.