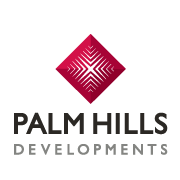 The loan will be used for financing a project in the North Coast, whereby the company indicated that it is finalising the required procedures of the main loan, amounting to EGP 750m, according to a statement submitted to the Egyptian Stock Exchange (EGX).

The company however did not disclose any details concerning the EGP 750m loan, noting that it will reveals all details at a later time.

Palm Hills has three projects in the North Coast area; Hacienda Bay, Hacienda White 1 and Hacienda White 2. Upon completion, it is anticipated that the projects will accommodate approximately 2,700 households.

Palm Hills’s capital shares in the EGX are over EGP 3.4bn, in real estate development and new urban communities. The company’s issued and paid-up capital amounted to EGP 2.69bn, distributed over 1.3bn shares, with a bar value of EGP 2 per share, and EGP 2.5 per share for the trade price in EGX.

In February, the general assembly of Palm Hills Development approved increasing the company’s capital by EGP 1.648bn, from EGP 2.69bn to EGP 4.34bn.