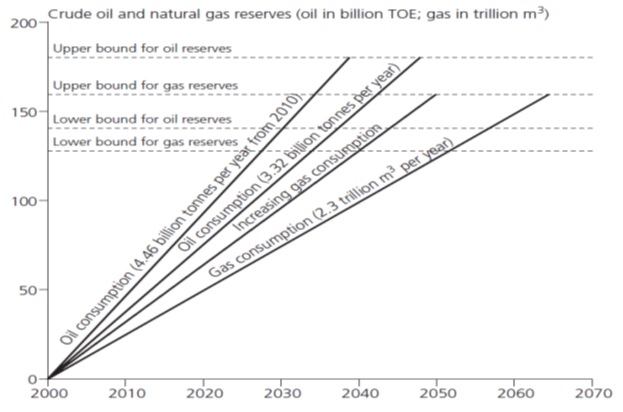 It’s obvious that the more the economic growth, there is more consumption and demand on conventional energy. Ground earth cannot provide the required amount of fossil energy for long. Actually there are estimations of the reservoir of fossil energy as shown in the diagram.

By the rate of consumption of crude oil which is around 4.5bn tons per year from 2010, and which is growing every year, oil is expected to be depleted by the year 2050.

And by the rate of consumption of natural gas, which is about 2.3tr metre cubed every year, natural gas is expected to be depleted by the year 2070.

This is the drama we live in and those who are pro-fossil energy economy are closing their eyes to this fact and just promising themselves and the world of new discoveries of oil and gas fields that would extend their estimated reservoir for some another years to come.

Hisham Farouk is the CEO of Green Energy Consultations