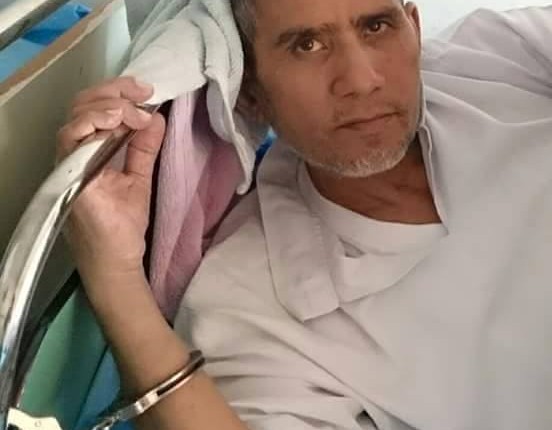 A former Muslim Brotherhood parliamentarian died in prison, the latest death in a rising tally of fatalities in Egypt’s detention centres.

Mohamed Al-Falahgy, a former Member of Parliament (MP) for Damietta in the Muslim Brotherhood’s political arm, the Freedom and Justice Party (FJP), died in Gamasa prison. He was being held there on pre-trial detention, when he suffered a hepatic encephalopathy but did not receive appropriate medical treatment, according to the FJP’s website.

Al-Falahgy was arrested in August 2013 and spent two months in detention without charges until he was referred to Gamasa prison in October 2013. He then faced charges of inciting murder, belonging to the now banned Muslim Brotherhood, and torching police station.

“He had a court session on Tuesday,” said Mefreh, who works for Al-Karama, a Swiss human rights NGO.

The NGO’s appeal included claims of “over a month of secret detention in harsh conditions”, “psychological torture for 11 days in Gamasa prison”, and “authorities’ constant refusal to medicate him.”

A security source said that Al-Falahgy felt sick on 20 May and he was transferred to hospital where he died Monday morning, state news agency MENA reported.

He also said that Al-Falahgy’s brother, Ahmed, did not accuse anyone of causing his death.The spokesperson of the Prison Authority could not be reached for comment.

Ismail was the head of the Committee on National Security Council the 2012 Parliament and was member of the Freedom and Justice Party’s Executive Office.

Aid was sent to him “successively over the past week to save his life” but efforts were “to no avail”, reported the Freedom for the Brave, an initiative that provides aid to detainees.

Another leader of the party, Tarek Al-Ghandour, died in a Menufiya hospital in November 2014 after he was suffering from liver dysfunction while being imprisoned in Abu Za’abal and then Wadi El-Natrun prisons.

Back then, his lawyer, Huda Abdulmoneim said: “We sent several official requests to the prisons’ department to provide him with doctors and the medicines he needs, but no response was made.”