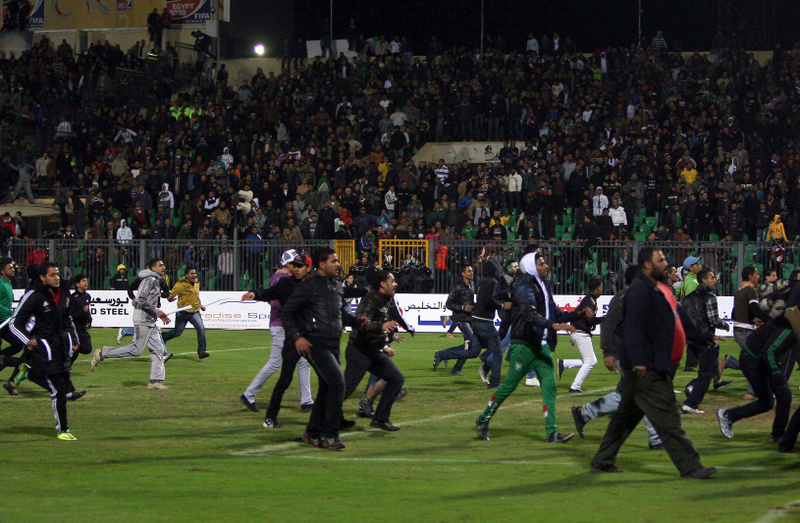 The court heard the testimony of Major General Ahmed Mohamed of the Central Security Forces.  The witness stated that security forces were “surprised” by the gunshots aimed at them following the verdict, and that “gunshots were targeting the prison”. He added that individuals killed outside the prison gates were a result of “random gunshots” fired at the prison from outside as the attack on the prison ensued.

The same witness also stated that, upon his arrival to the El-Arab Police Station in Port Said, he found “masked individuals” among the groups of families who were firing gunshot, leading to his injury.

In the previous trial session, the court heard the testimony of Brigadier General Moneer Sawy, who stated that no attacks on the prison took place on 24 and 25 January 2013, but clashes started on 26 January, state-owned newspaper Al-Ahram reported.

Sawy testified that police forces were attacked and some were killed, including Ayman Al-Afifi and Ahmed Al-Balky, who allegedly died inside the prison by gunshot.

The majority of the deaths resulted from bird shots, according to the testimony of a Forensic Medicine Authority representative.

Clashes occurred in the Port Said governorate for three days, starting on 26 January after the verdict on the Port Said Massacre of February 2012 was released. In this, 21 were sentenced to death for their responsibility in the death of 74 football fans in a football match in February 2012 between Al-Ahly and Al-Masry club.

Angry protesters and families of prisoners gathered outside the Port Said prison where the prisoners sentenced to death were kept. They were accused of attempting to break into the prison.

The army surrounded the prison with 10 armoured vehicles and deployed a tank at the entrance, and implemented a security plan for vital installations in Port Said

The city then descended into violence, as protesters also broke into a police station east of the city and surrounded the Al-Arab police station.

Following the incident, Morsi declared curfew in the Suez Canal governorates, which was defied by many citizens.