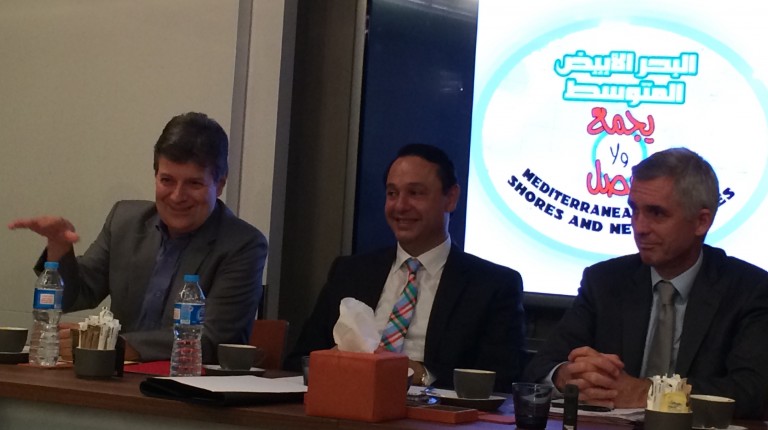 Deputy Head of the European Union (EU) delegation to Egypt Reinhold Brender declared that the “European Neighbourhood Policy” (ENP) is being reviewed, and that the EU is willing to accept Egyptian proposals.

“We are currently discussing the policy with Egypt,” Brender said at a Foreign Press Association forum on Egyptian-European relations on Monday.

The ENP was developed in 2004, with the objective of avoiding the emergence of new dividing lines between the enlarged EU and its neighbours and instead strengthening the prosperity, stability and security of all, according to the EU website. It is based on the values of democracy, rule of law and respect of human rights.

The level of ambition of the relationship depends on “the extent to which these values are shared”.

The EU, initially an economic body, has been expanding to include foreign policy since 1992, and the amended ENP is meant to ensure that the enlarged EU would not accept boundaries around it, thus encompassing its neighbours, which would lead to an area of “shared prosperity”, Brender stated.

Brender goes further to explain that in this phase that follows dramatic changes in the region, the EU is taking a fresh look at the policy, regarding what worked and what did not, to have deeper relations with embedded countries.

“We have no political space to express voices freely [to Egypt],” Brender stated. The EU hopes that with more political developments, there will be more space for dissenting opinions, he said.

Brender told Daily News Egypt that the EU does express its opinion over human rights conditions in Egypt; however the reply comes that Egypt is a sovereign state (and does not accept interference).

The EU-Egyptian relations are in a “phase of critical engagements”. They are not as they were in 2004 when the ENP was first inaugurated, as Egypt’s political directions were unstable. But Egypt’s sense of direction is becoming clearer, making it easier for the EU to have stronger communication with it.

Brender also said that the EU has no stance concerning the German parliament’s conflict with Egypt. Bundestag President Norbert Lammert had cancelled his meeting with Al-Sisi over Egypt’s human rights situation. Yet here have been no changes to Chancellor Angela Merkel’s invitation to Al-Sisi, who is scheduled to visit Germany by the beginning of June.

“It is Germany’s issue to resolve,” the EU official said.

German-Arab Chamber of Industry and Commerce CEO Rainer Herret said that the visit is meant to redefine political relations between Egypt and Germany.

Egyptians criticised Germany for referring the 30 June uprising which toppled Muslim Brotherhood affiliated president Mohamed Morsi as a coup, Herret said. There was a misinterpretation, he added, saying that Egyptians incorrectly believed that Germany was supporting a political group, when it was in fact supporting democratic elections.

Now that this matter is straightened out, the two countries are talking to each other, said Herret. “The visit is to discuss what Egypt wants from Germany, not what Germany is trying to impose. It is to create new trust… while we are still living this positive optimism after the [Egypt Economic Development Conference],” Herret asserted.

He added that the visit would provide an economic platform for the two countries to “know each other again” as there are projects coming up in the pipeline.

Although their overall relationship is at stake, the EU is optimistic and is set to complete consultations with Egypt over the ENP by the end of June, Brender announced. Besides Egypt, the ENP framework is proposed to 15 other EU neighbouring countries; Algeria, Armenia, Azerbaijan, Belarus, Georgia, Israel, Jordan, Lebanon, Libya, Moldova, Morocco, Palestine, Syria, Tunisia and Ukraine.