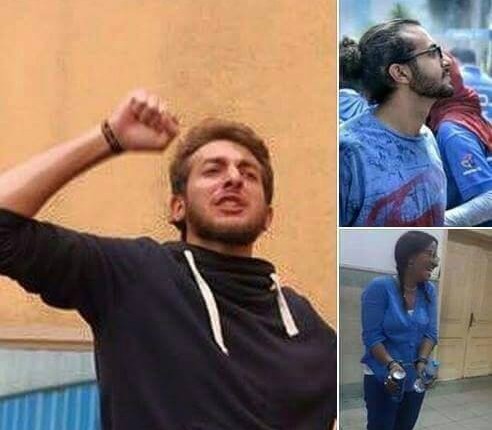 The Fifth Settlement Prosecution released three German University in Cairo (GUC) students who were detained Monday after the university’s administration filed complaints against them.

The university accused the students of assaulting the university’s president and security personnel.

Hashim told Daily News Egypt that the three students were released pending investigations into the case filed by the university.

Following the death of student Yara Tarek, after being run over by a university bus on campus in March, the GUC Student Union announced a sit-in on campus.

Tarek was killed when she slipped and fell in the bus waiting area, reportedly as one bus reversed and another one moved forward.

The incident left the first-year Faculty of Engineering student with a skull fracture that led to her death.

GUC students boycotted exams following the incident, staging a sit-in to demand questioning of the entire transportation department, changing the campus’ security, and availability of equipped ambulances amongst other demands.

On 8 May, the university’s administration filed complaints against the students for taking part in a sit-in two months before. Subsequently, the prosecution issued an order summoning six students from the university, before the three students were detained Monday.

Hashim said that union representatives met Wednesday with the German ambassador to Cairo, Hansjörg Haber, to discuss the issue. They refused, however, to disclose further information announcing instead that a statement from the union will be released soon.