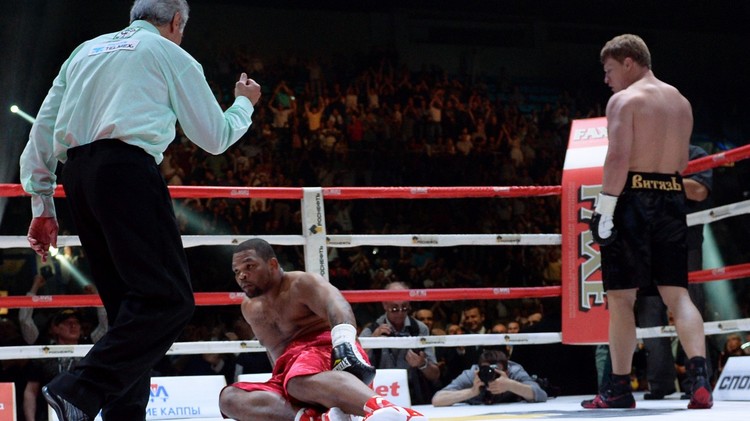 Russian boxer Alexander Povetkin came close to a new and important step in his dream to compete for the heavyweight World Boxing Championship, whose title has, since January, belonged to Deontay Wilder. This took place after Povetkin’s great victory over the Cuban boxer Mike Pérez, with his knockout in the first round of the game in Moscow.

Povetkin finished the first round after 1.31 minutes with a hook of his right hand and then another one with his left hand, which knocked his opponent the ground. This was the fastest win for Povetkin in his professional career. Previously, he won against the Mexican boxer Javier Mora with another knockout in a time of 50 seconds, but in the fifth round.

With his win, Povetkin increased his record to 29 wins (of which 21 were with a knockout) and one loss against Ukrainian Wladimir Klitschko. The 35-year-old Povetkin holds many titles, including the super-heavyweight gold medal at the 2004 Summer Olympics in Athens, Greece. He also owns the title of Amateur Boxing Competition in 2003, and European Amateur Championships in 2002 and 2004. He is also holder of the World Boxing Championship International title.