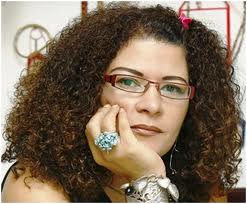 The Sayeda Zeinab Misdemeanour Court resumed the trial session of renowned writer and poet Fatima Naoot, who has been facing charges of contempt of Islam.

The court postponed the trial to 29 July, which Naoot is requested to attend.

Naoot’s case has been pending since the end of 2014. She was initially referred to trial by the prosecution for a comment she made in October, shortly ahead of the Eid Al-Adha, a major religious holiday that Muslims celebrate annually.

In a post on her social media page, Naoot criticised “animal slaughter” in reference to the traditional and religious heritage of sheep sacrifice, and wrote: “Happy massacre everybody”.

Although Naoot deleted that post from Facebook due to the controversy it raised, she maintained that her arguments were not an insult to Islam, and considered her trial the “heavy bill paid by enlighteners”.

Contempt of religion is a crime punishable under Egyptian law. The Penal Code states that the prison sentence varies between six months to five years, along with a fine between EGP 500 and EGP 1,000.

The penalty is applicable to “anybody who takes advantage of religion in promoting, by writing or by any other means, extremist ideas aimed at creating sectarianism, or contempt of any religion and religious community, or harming national unity”, states Article 98 of the code.

Only the three monotheistic religions are recognised by Egypt’s legal system that holds that the majority of the country’s population are Muslims. Other religions are persecuted, such as Baha’ism, which is perceived by local imams as a threat to Islam.

The state prosecutes any citizen who speaks outside the frame of those three religions, or speaks ‘negatively’ about them, even if those opinions are expressed on personal social media accounts, blogs and the like.

Fatma Serag, Director of the Legal Unit at the Association of Freedom of Thought and Expression, previously told Daily News Egypt that she believes being found or charged with contempt of religion is not related to who rules the country. It is rather, she said, due to an “inherited societal” norm on religion, and society’s stance on deliberating ideas related to insulting religion.

Before her referral to trial, Naoot was among a group of intellectuals and writers whom President Abdel Fattah Al-Sisi called for a meeting in December 2014. The president told the attendees to correct mistaken religious ideologies, in reference to extremism.