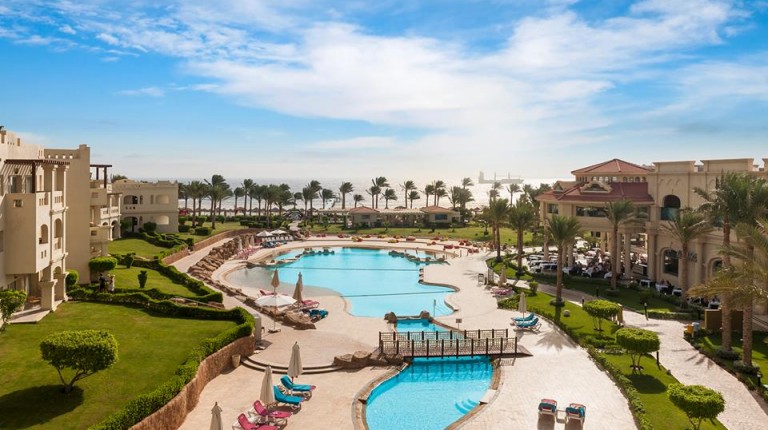 Rixos Hotels will launch its second resort in Sharm El-Sheikh, the Rixos Seagate Sharm, in August according to Ulrich Huth, General Manager of Rixos Alamein and representative of Radamis for Hotels and Touristic Resorts.

Huth said that Rixos renovated the old Grand Azur in Naba Bay at a cost of $55m.

“Rixos worked on a tourism project which includes a theatre for 3,000 people, residential units, an entertainment area and brand shops in addition to the Tirana Aqua Park hotel, which will be launched in 2016,”  Huth added. “There are three hotels of Rixos that will be launched by 2016-2017.”

The company removed 2m cubic metres of rocks to build these hotels, according to Huth.

He said that Rixos Hotels in Egypt belongs partly to the mother company Rixos in Turkey, with the daughter company being Rixos-Egypt, which has part Egyptian owners.

Rixos-Egypt owns three hotels, one in El Alamein, the second in Sharm El-Sheikh and the third is Rixos Seagate that will be opened soon – the capacity of the Sharm El-Sheikh hotels is 2,000 rooms.

Huth added that the opening of the second luxurious Resort in Sharm El-Sheikh follows the success of the Rixos Sharm El-Sheikh, which gained 9th place in the Top Resort poll by TripAdvisor in early 2014.

“Located 10km from Sharm El-Sheikh Airport and 30 minutes from the city centre Naama Bay/Marcato, the new resort has a diverse variety of rooms, amounting to a total of 654 rooms as well as four luxury villas with private pools,” said Huth. “The new establishment is expected to spread the Rixos blend of luxury, attention to customers, and warm hospitality throughout the South Sinai in Egypt.”