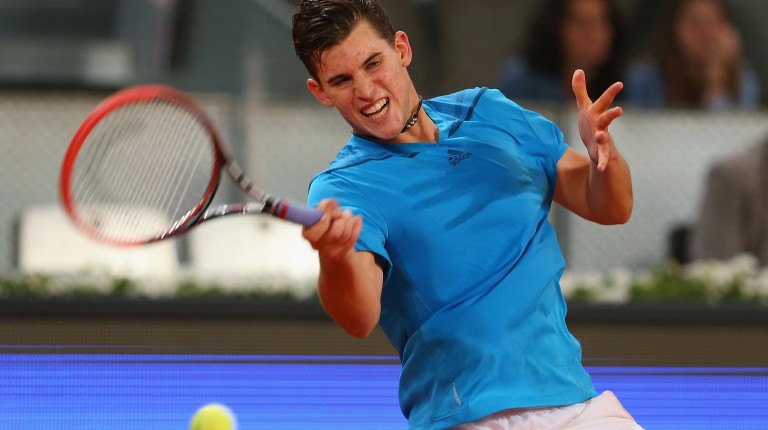 The championship is among the ATP World Tour 250 series that has total prize money of €439,405.

Thiem’s win came after he defeated the Argentinean Leonardo Mayer, ranked 24th, in the final game, with scores of 7-6, 5-7, and 6-7. At the age of 21, this championship is Thiem’s first in his professional career, which he started in 2012.

Thiem’s journey to the title witnessed five victories, starting with winning over the Dominican Victor Estrella Burgos in the championship’s first round with scores of 6-7 and 2-6. He then defeated Australian Nick Kyrgios in the second round of the championship after the latter withdrew due to an injury.

In the quarter final, Thiem achieved a well-deserved victory over Latvian player Ernests Gulbis with 2-6 and 3-6, and his fourth win was in the semi-final against the American John Isner with 6-7 and3-6.

On the other hand, Croatian Mate Pavic and New Zealander Michael Venus won the doubles competition of the same championship, after defeating Dutchman Jean-Julien Rojer and his Romanian partner Horia Tichao by 6-7, 6-2, and 8-10.

Further, Brazilian Thomas Bellucci surprised everyone with winning the 13th Geneva Open title after defeating the Portuguese Joao Sousa in the finals by 6-7 and 4-6. This title is Bellucci’s fourth in his professional career, and his first in this year’s ATP world tour.

Bellucci reached the final game after winning the first round over the Greek Cypriot Marcos Baghdatis by 7-6, 3-6, and 3-6. He then won over the Russian Denis Istomin in the second round with 4-6 and 4-6. He followed that by defeating Spanish player Albert Ramos-Vinolas in the quarter finals by 6-0, 6-1, and 3-6, and in the final he overcame the Colombian Santiago Giraldo by a score of 3-6 and 4-6.

The greatest surprise in the championship was the departure of its No. 1 ranked player and holder of the 9th ranking internationally, the Swiss Stan Wawrinka, in the quarter-finals at the hands of Argentinean Federico Delbonis.  Delbonis is ranked 74th in the international ranking, and he won over Wawrinka by 7-6, 4-6, and 4-6.

The doubles title was won by the Colombian couple; Juan Sebastian Cabal and Robert Farah, after they won over the South African player Raven Klaasen and his Taiwanese partner by 5-7, 6-4, and 7-10.