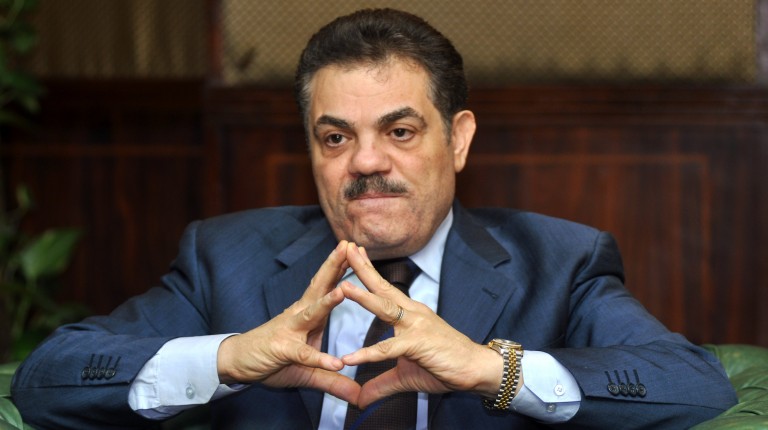 The Al-Wafd Party, presided by El-Sayed El-Badawi decided Friday to permanently suspend seven of its leading members who have been opposing El-Badawi in an internal battle that reached its peak last week.

“This is not news to them or anyone,” spokesperson and legal advisor to the party Bahgat El-Hossamy told Daily News Egypt Saturday. “They have refused to be appointed and have not attended a meeting to resolve the conflict,” he added.

Fouad Badrawi, the party’s secretary general, and Essam Shiha, member of the party’s High Committee, along with five members, were leading the Wafd Reform Front, which gradually increased its demands from restructuring to the resignation of El-Badawi, in a public conference in the governorate of Sharqeya, adding more tension to the issue.

Disputescontinued despite the interference of President Abdel Fattah Al-Sisi, who called party leaders to a meeting and witnessed their agreements. According to Shiha, who spoke to Daily News Egypt between that meeting and the suspension decision, there was scepticism about El-Badawi’s promises for change made in front of the president.

“We wanted guarantees for El-Badawi’s words, we didn’t trust he would do what he promised in front of Al-Sisi,” Shiha said on 25 May. He explained that it was because of broken promises in the first place that the Reform Front wanted to withdraw confidence from El-Badawi.

According to the party’s policy, in order to proceed with the withdrawal of confidence, there has to be 20 signatures from the members of the party’s High Committee, and 500 from the General Assembly.

“But most of the men have become his,” explained Shiha. “His strategy was to push away the ‘good’ ones so that when their positions are empty he is entitled to the appointments of members. Naturally, we were facing a lot of obstacles to collect those signatures, which pushed us to take the issue to the streets, in the Sharqeya conference.”

Shiha said more than 1,200 members participated in that conference, which switched its original demands for reform to chants against El-Badawi’s tenure. They accused him of mismanaging the party’s budget, and using the party to serve his own purposes, namely by a large number of direct appointments of members.

“At some point we did not even know the identity of the General Assembly’s members,” Shiha stated. He added that they also doubted the numbers El-Badawi gave regarding the party’s financial status.

“He says we have EGP 40m. We hardly think there are more than EGP 8m. We owe Al-Ahram’s printing house nearly EGP 5m for Al-Wafd’s newspaper, and are maybe EGP 2m or 3m in debt for insurance, in addition to journalists’ pensions,” Shiha stated.

Although he did not accuse El-Badawi of financial corruption, he said decisions lacked transparency, especially as financial issues were handled directly between El-Badawi and the party treasurer.

On the other hand, the party issued a statement Friday in which it stated that the seven members had refused all solutions regarding their status, especially since they were referred to investigations for carrying out that conference. El-Badawi said he had suggested they be appointed in the High Committee of the party, but they were the ones who refused.

“These people are protecting their personal interests,” he stated in a previous interview with Daily News.

It remains unknown how the party will proceed or whether the presidency will have comments, but the party is facing a challenge regarding its public image, especially as the crisis has received wide media attention in the past weeks.

Al-Wafd Party’s recent crisis is not new. Tensions between El-Badawi and former Secretary-General Fouad Badrawy increased in June 2014, around the time that initial negotiations on parliamentary elections had begun. But the conflict might have a significant impact on the party, historically known as the “house of the nation”, and the umbrella of all political and civil movements.

“All the following party presidents maintained that structure, exceptional for third president Mahmoud Abaza, the father of reform. I believe he paid the price of reform when he lost the democratic elections he conducted himself,” Shiha said.

The examination of the party’s structure reveals an old school of thought inherited from its early founders. “It is the idea of that one powerful leader, the father,” explains senior High Committee member Essam Shiha.

Al-Wafd Party has nearly 200,000 members, represented by 3,600 elected members in the General Assembly from all governorates’ bureaus, in addition to representatives of youth and women.

The party’s policy gives authority to the party president to appoint members. He is entitled to 20% in governorates’ bureaus, which is ultimately equal to 20% of the General Assembly members. Moreover, he can dissolve an elected committee, and is replaced by appointments.

Although the General Assembly elects the party’s High Committee, in charge of main party policies, the president of the party appoints 10 of those 50 committee members.

According to Shiha, the party structure became “messy”, which led to a situation of non-transparency in terms of the party’s financial resources. Additionally, El-Badawi’s announced political stances were “confusing” the identity of the party.

“Egyptians expected certain political positions from the party, given its history and potential. Not only did El-Badawi make strange deals with the Muslim Brotherhood when they were in power, but he also changed the long-inherited logo of the party, which was a symbol of unity,” Shiha said.

He added that on one occasion, when the party participated in an aid convoy with the Brotherhood, El-Badawi abstained from using the party logo at all, as if he had separated from the party’s identity.

The original slogan was the cross and the crescent, before El-Badawi decided to use 27 stars symbolizing Egypt’s 27 governorates. “Copts left the party at that time,” Shiha said.

“Then he brought back the logo after 30 June, as if changing banners, and the newspaper logo, had never occurred. He went on further in writing editorial pieces saying the party was not secular and followed Islamic Shari’a. This was never our cause. We didn’t need it, we’re not a new party which aims to establish an identity,” Shiha said.

The Reform Front was initiated in 2006, but became more active after 18 months of El-Badawi’s presidency term, which started at the end of May 2010. Their demands were structural and organisational reform in the election of the General Assembly, to take place from bottom up.

They wanted new policies, bringing back suspended members, a new High Committee and presidency elections. Another problem mentioned by Shiha is that the party policy makes the party president a member of the High Committee, which votes on decisions, leading members to “compliment” him or just agree with him, especially as the committee meeting should be directed by the party president.

Despite Shiha admitting that after failing to confront El-Badawi, who had much internal influence, adding that public pressure forced him to accept dialogue, he expressed his sorrow over having to resort to such a method.

“It is not like us Wafdists to take our issues to the public,” Shiha said. “However, El-Badawi’s policies caused the party several losses of opportunities, especially as Al-Wafd is a prestigious institution that has always been the umbrella of political and civil forces and played an important role after the revolution in uniting voices,” Shiha said.

He concluded that their problem with El-Badawi was not personal, but that the party needed groundbreaking reform measures to become a modern democratic model. “We have to take into consideration our opportunities. Those include high chances of obtaining seats in the next parliament, which we have to prepare for by presenting our programme to the voters.

“We understand and are aware of where the issue is but the party has to shift towards institutionalisation, cancellation of direct appointments, and distribute internal powers equally,” Shiha said.