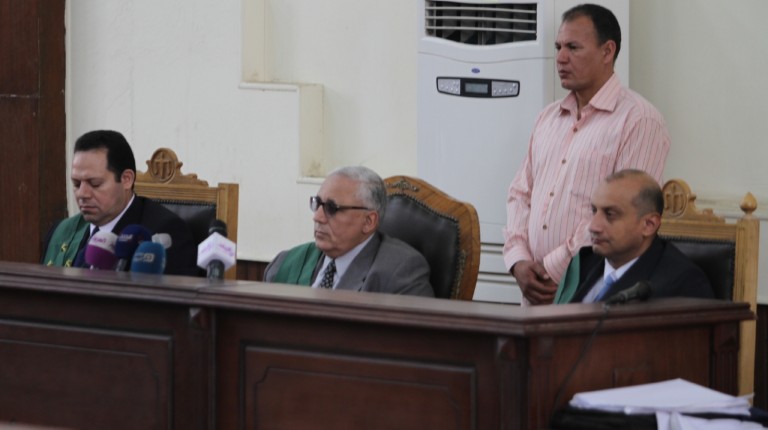 Egypt’s Ministry of Foreign Affairs has continued to defend the country’s judicial system and its role in “promoting and protecting human rights”, following criticism from governments, NGOs and political organisations for a series of controversial court cases this month.

These included former president Mohamed Morsi, six accused Islamist terrorists, and 17 witnesses to the murder of a protester.

“Inspired by the lofty principles of the two revolutions Egypt has witnessed, all branches of the government work in synergy while upholding the highly cherished values of promoting and protecting human rights, fundamental freedoms, rule of law, separation of powers, and non-interference in judicial affairs,” the statement from the Foreign Ministry reads. “Egypt is constantly reaffirming its commitment to upholding the highest standards of human rights, in accordance with international human rights instruments it ratified.”

Egypt however faced criticism and protest internationally following the preliminary death sentence against Morsi and 105 others earlier this month, with Pakistan and Turkey being the most vocal, but with the EU and Britain, amongst others, indicating displeasure. The EU’s High Representative for Foreign Affairs Federica Mogherini commented at the time, saying: “The EU opposes capital punishment under all circumstances. The death penalty is cruel and inhumane, fails to act as a deterrent and represents an unacceptable denial of human dignity and integrity.”

Responding to the international criticism the foreign ministry’s statement reaffirms that Egypt has the “exclusive right to determine the penalties carried out within its territory, which is considered a matter of national sovereignty… [this] is at the core of the inalienable states’ right to establish and operate a judicial system without any domestic or foreign interference.”

The statement continues to maintain that the use of the death penalty is permissible by leading international rights treaties. It further refers to the International Covenant on Civil and Political Rights (ICCPR), which allows for the use of capital punishment “for the most serious crimes in accordance with the law in force at the time of the commission of the crime”.

Despite the Foreign Ministry’s claims that Egypt defends human rights and respects due process, the execution of six men in the ‘Arab Sharkas cell’ case a day after the Morsi verdict provoked international criticism for appearing to do neither. Prominent international watchdog Human Rights Watch said that three of the defendants, who were accused of killing a military officer in Cairo in March 2014 and murdering another six soldiers in the same month, were in fact arrested prior to the date that the crimes took place.

Similarly, another case this month that received widespread criticism was the trial of 17 witnesses to the death of protester Shaimaa Al-Sabbagh, who were later accused of violating the protest law upon attempting to testify that police were responsible for Al-Sabbagh’s death.

The International Federation of Human Rights (FIDH), a network of 178 rights organisations, released a statement on Friday that said despite the acquittal last Saturday of the 17 defendants, judicial attacks on human rights defenders are ongoing.

In particular, FIDH identifies Azza Soliman, a human rights lawyer and founder of the Centre for Egyptian Women’s Legal Assistance. Following her witnessing the death of Al-Sabbagh before the anniversary of the 25 January Revolution, Soliman went to the prosecution’s office to give her testimony of the violent dispersal by security forces of the small demonstration Al-Sabbagh was involved in. Despite not taking part in the protest, Soliman and 16 others were accused of violating the Protest Law by the Prosecutor General, a move which was widely seen as an attempt to silence them from implicating the police in Al-Sabbagh’s death.

FIDH said it “welcomes the dismissal of charges against Ms. Soliman” but continues to call “on the Egyptian authorities to put an end to all ongoing acts of judicial harassment against other human rights defenders in Egypt”. The rights network refers to other ongoing abuses against democratic and human rights activists, highlighting the controversial Protest Law under which demonstrations have effectively been outlawed, and under which thousands are believed to have been arrested. FIDH said that the law has led to “numerous cases of harassment and imprisonment of human rights defenders”, in violation of international human rights law.