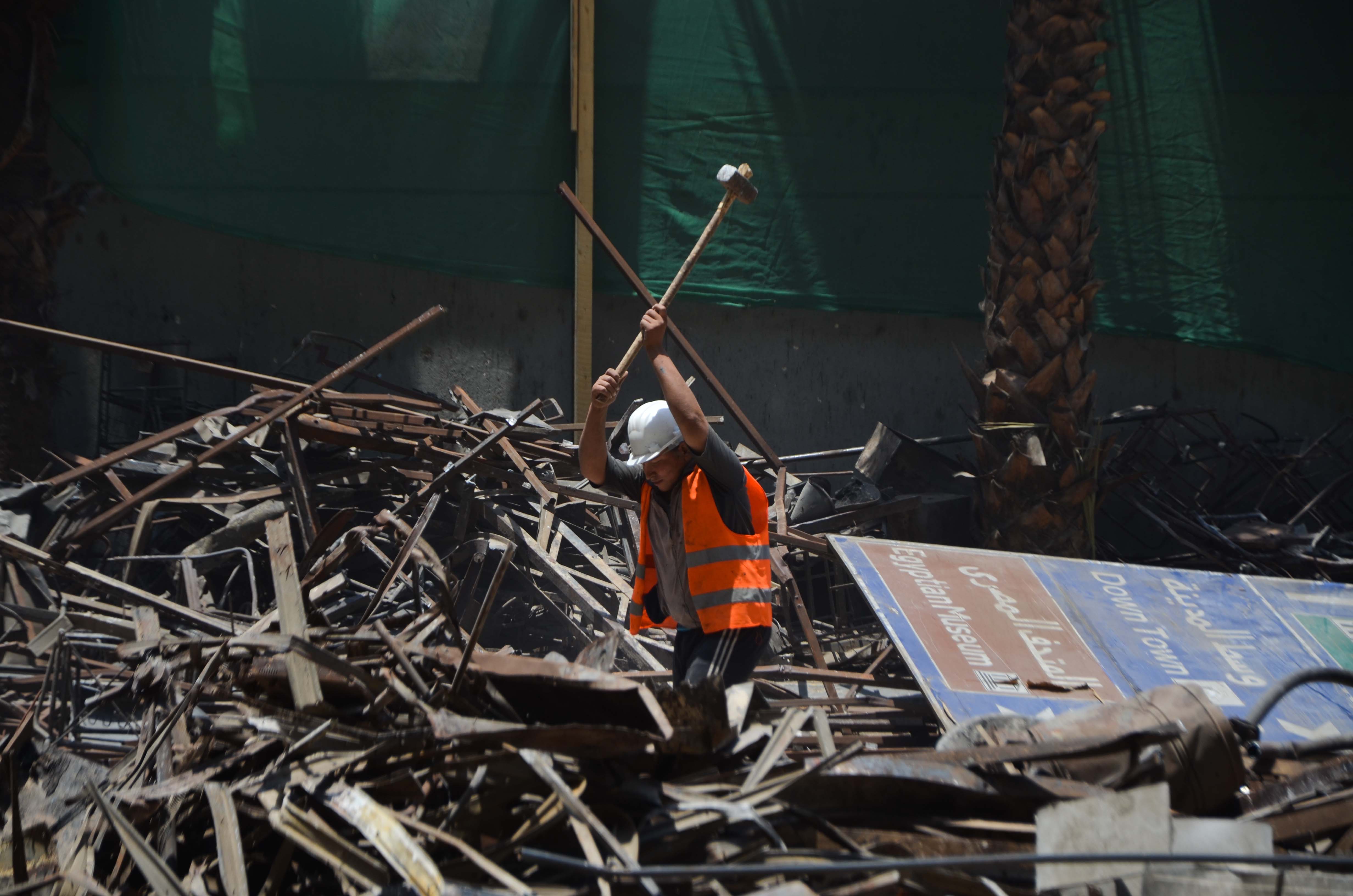 The contractor, Ragab Hafez, told a private television channel on Saturday: “The building will not be bombed, because it is a populous area. The process will take [place over] three months from now.”

Earlier in May, the Cairo Governorate officially issued the licence to destroy the former headquarters of the dissolved NDP, which ruled under the regime of Hosni Mubarak.

According to state media, the building was officially been handed over to the Armed Forces Engineering Authority on Saturday to proceed with its demolition.

The building was set on fire and robbed during the 25 January Revolution, and has not been used since. The land on which the building stands has been the subject of controversy for the Ministry of Antiquities, which repeatedly claimed rights to it.

In a cabinet meeting in mid-April, it was decided that the building would be demolished. The headquarters has a strategic location, overlooking the Nile in Downtown Cairo near to Tahrir Square.