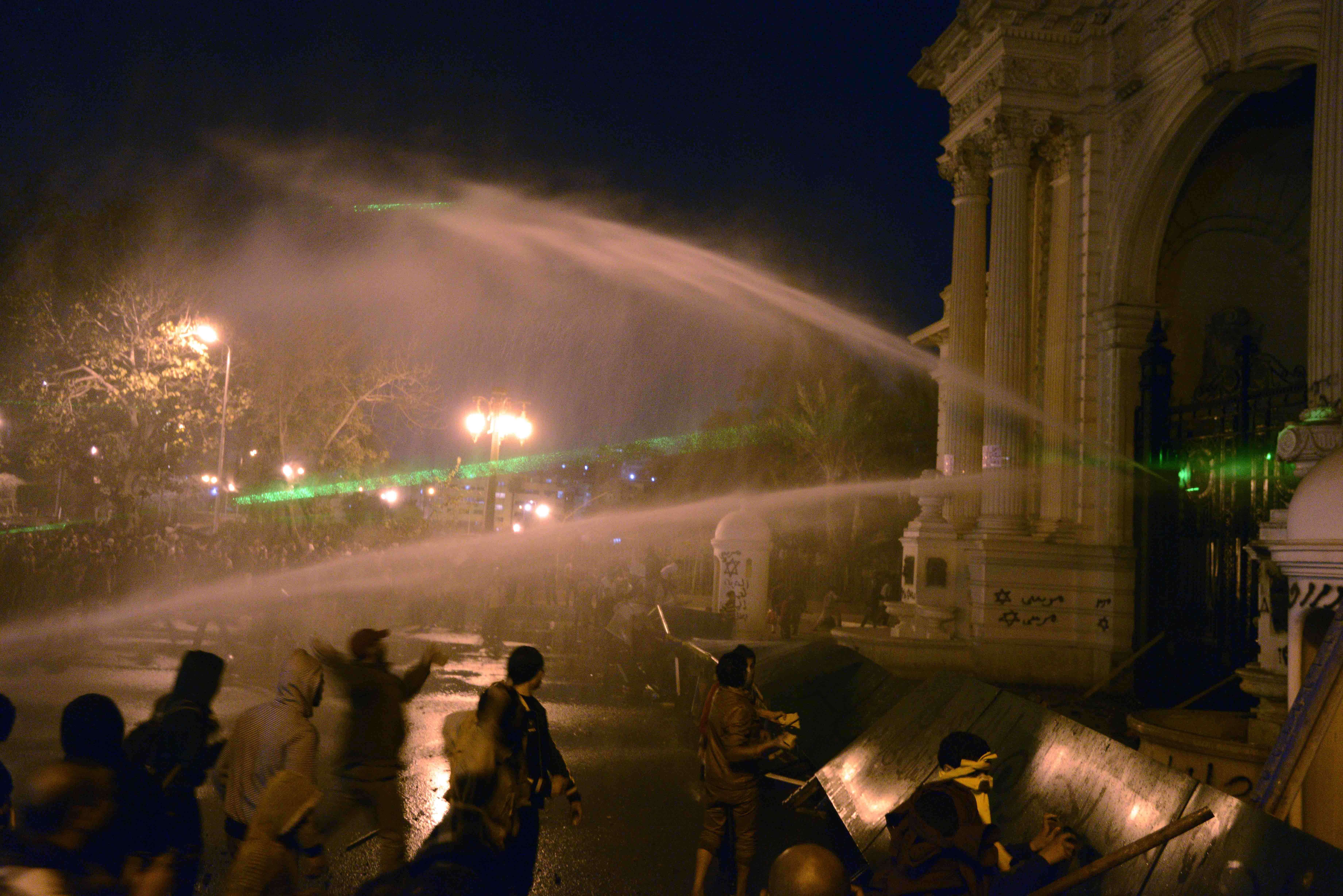 The Cairo Criminal Court sentenced Monday 22 defendants to 10 years imprisonment and a fine of EGP 20,000 in the case regarding clashes at the Al-Qubba Palace in February 2013.

The 29 defendants are accused of several charges including: illegal assembly; “thuggery”; protesting without a permit; destroying public and private property; “the threat of using violence”; and “display of force”.

In February 2013, clashes erupted between protesters and police outside the Al-Qubba Palace after hundreds had gathered in front of the palace in response to calls by the Hadayek Al-Qubba Revolutionary Youth movement.

The protest, dubbed as “Kesh Malek” (“Checkmate”), was dispersed by security forces using water cannons and teargas, while protestors were throwing rocks.

Protesters gathered on a Friday to protest former president Mohamed Morsi’s presidency and the government then in charge. Demands included holding trials in retribution for those who died in the 25 January Revolution and those who have died at the hands of the government in place at the time of the protest.

There were also calls for the fall of the Supreme Guide of the Muslim Brotherhood Mohamed Badie and the entire regime then in place.

There were no political banners present at the scene of the protest, and members of political movements reportedly attended as independent citizens. Participants in the protest also included university students, and a number of minors were detained during the clashes.

The incident occurred before former interim president Adly Mansour had issued the protest law in November of that year, granting security officials the power to ban protests or political gatherings. The issuance came at a time of frequent clashes between Muslim Brotherhood supporters and security forces. Since the law was enacted, it has been used to build numerous cases against students and activists on charges of “illegal assembly”.

The charge of illegal protesting has been used since then against thousands, including Brotherhood members and supporters, as well as high profile pro-democracy activists like Alaa Abdel Fattah, Ahmed Douma, Ahmed Maher, Sanaa Seif and Yara Sallam.

Detained activists’ lawsuits adjourned to May