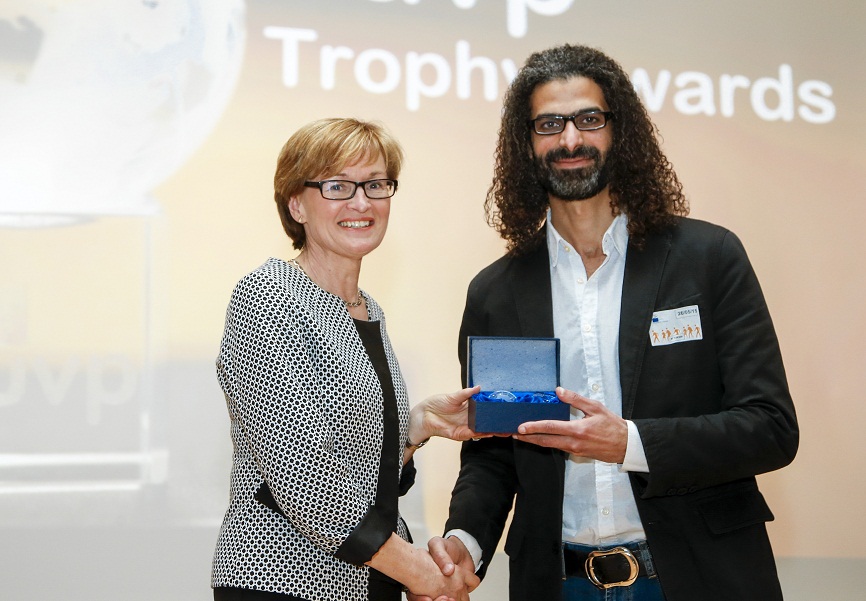 Hamoud was awarded for his recent series of articles, entitled “Europe and those Arabs”, as well as several public lectures he gave in Brussels, and a speech at the European Parliament on communicating democratic values.

He was first nominated in September 2013 for succeeding in reconstructing Daily News Egypt in 2012 and his work during that period.

In November 2013, he was given “EU visitor” status, which saw him carry out one-on-one meetings in Brussels with EU heads of departments and units, senior officials and politicians to discuss EU-Middle East politics and current affairs.

On the 40th anniversary of the programme on 26 May, Hamoud, currently based in Brussels, was invited as a special guest.

“I was honoured with the unexpected announcement of choosing me among about five other former visitors to receive this honorary award,” he said.

Hamoud added that he believes the Prosecutor General’s recent comments on how only press syndicate members should be allowed to practice journalism is a short-sighted decision.

“I would claim it is inapplicable practically speaking. First, Egypt has more than 300,000 journalists who are not registered at the syndicate, and no one can just send them to the street like that. Second, with the presence of online journalism, this prosecutor’s opinion will just remain as an opinion,” he continued.

He also praised the local English-speaking media, saying that they are playing a very important role abroad through providing some reliable news about what is happening in Egypt.