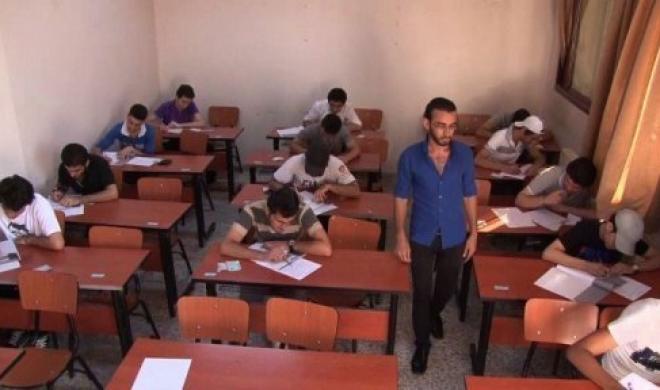 Controversy stirred Friday following an official’s statement on the number of students taking the General Secondary Education Certificate (Thanaweya Amma) from prisons as the number of arrests and imprisonment strikes new heights in Egypt.

Mohamed Saad, head of the Thanaweyya Amma exams in the Ministry of Education, corrected the number, saying that only 96 imprisoned students will take the exams across the country.

He added that in Al-Qanater Al-Khayreyya prison, only two students will take the exams, asserting that any other figures are incorrect.

The certificate is the primary way for students in Egypt getting into the country’s universities, and it is considered to be vital in deciding a student’s higher education path. The exams, that are held nationwide under the Ministry of Education’s supervision, kicked off on Saturday.

Egypt’s youth, and especially university students, have been at the heart of the post-30 June opposition movement, and have been facing a strong crackdown by security forces.

Over 50 students have been detained from different universities during May, with claims from student movements that the arrests lack legality.

In the past week, activists and rights lawyers have been citing an ongoing numberof arrests that targeted activists, especially the youth.