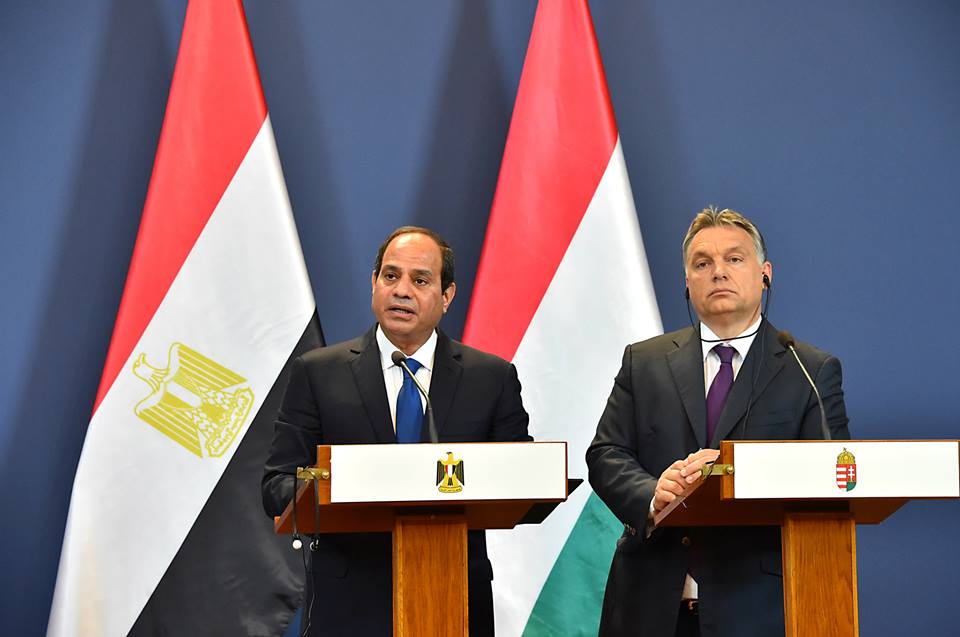 President Abdel Fattah Al-Sisi held a meeting with Hungarian Prime Minister Viktor Orbán Friday, during his visit to Hungary, where the pair discussed strengthening economic ties, especially in the infrastructure and railway sectors.

In 2013, the Egyptian Railway Authority agreed with the government of Hungary to develop, with the participation of Egyptian companies, Hungarian-manufactured trains to be in service in Egypt by 2020.

The Ministry of Transportation asked the Hungarian side to manufacture train parts within Egypt depending on the availability of local components in the Railway Authority’s workshops and infrastructure in Abu Za’abal.

The Hungarian Express train was one of the most significant projects between the two countries.

Egypt and Hungary already cooperate in the fields of vehicle production and construction materials, including ceramics, textiles, cosmetics and electric cables. The trade balance is in favour of the Hungarian side, with Nokia mobile phones constituting the highest percentage of Egyptian imports from Hungary, while fruits and vegetables constitute one third of the Egyptian exports, according to figures from the State Information Service.