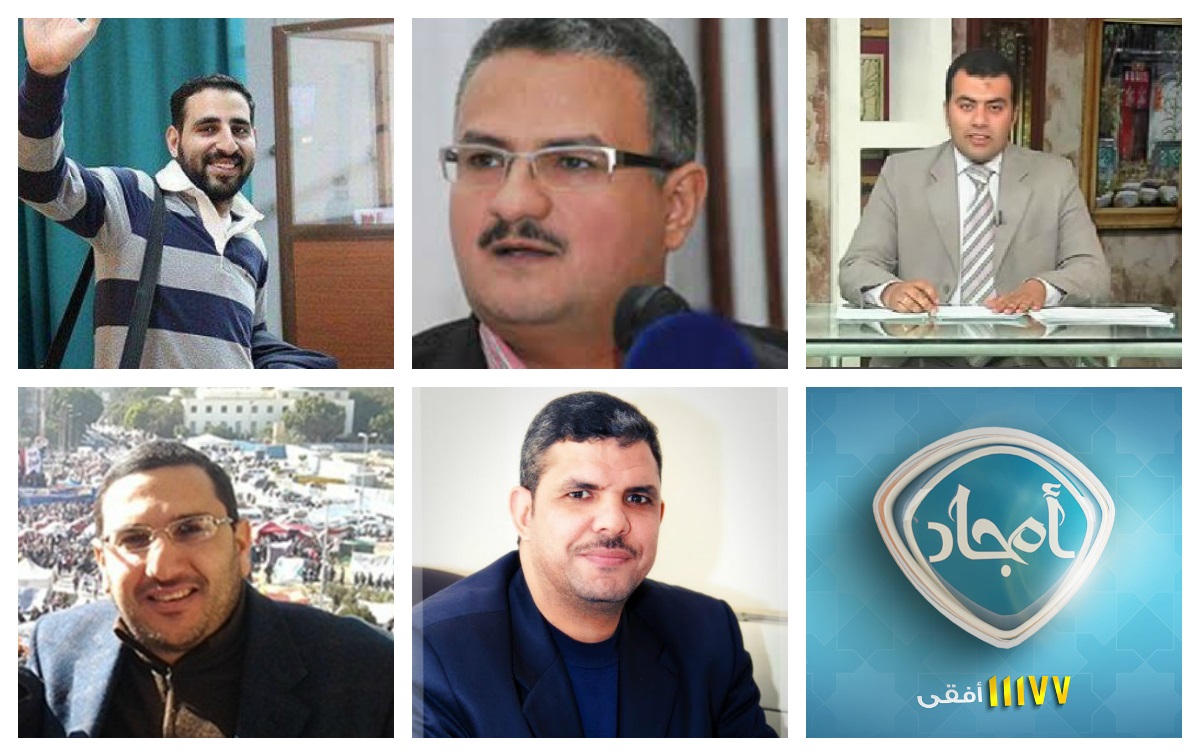 Unlike the tens of journalists imprisoned over the past two years who have become more prominent since their arrest, many other journalists who have been working with Islamist-affiliated news outlets were imprisoned and exposed to harsh conditions inside the prisons. Their stories do not make it into mainstream media channels.

According to the Association of Freedom of Thought and Expression (AFTE), about 64 journalists have been arrested since August 2013, but are not necessarily currently detained.

A group of activists and human rights workers documented a database for some of the journalists tried at the Rabaa Al-Adaweya operation room trial, a copy of which was provided to Daily News Egypt.

Abdel-Aleem director of the pro-Muslim Brotherhood Rassd News Network, was arrested whilst visiting Mohamed Soltan’s house in August 2013, in the wake of the Muslim Brotherhood sit-ins dispersal. He was reportedly held for three days in a room at the Basateen police station until the arrest warrant was issued, along with Soltan and Abdullah Al-Fakharany. During their detention in Wadi El-Natrun prison, they were beaten, heavily restricted in eating and getting some personal items, clothes, books and papers. They were also not allowed to look at investigation statements for six months, until Abdel-Aleem was transferred to a criminal court in January 2014 along with 52 other defendants on the same case, and handed a life sentence.

Subea was the former spokesperson of the Freedom and Justice Party (FJP), the Muslim Brotherhood’s political wing, and worked as a director for the Palestinian Al-Aqsa TV channel in Egypt until he was arrested in October 2013. He has been detained for more than year in Supreme State Security prosecution without trial, and is now imprisoned in the Aqrab high security prison after receiving a sentence of life imprisonment in the Rabaa Al-Adaweya operation room trial. During his imprisonment, he has been reportedly banned from all personal belongings, clothes, covers, food as well as visits.

Abdel-Kareem was working as a TV presenter and director of Al-Shabab channel when he was arrested in August 2013 from his office by a group of security men. He was reportedly exposed to torture and physical damage, with security men banning entry of medicine to him. Abdel-Kareem is now imprisoned in Tora Prison, after he was handed a life sentence in the Rabaa Al-Adaweya operations room trial.

Working as an executive director and vice president to the Muslim Brotherhood affiliated Misr25 channel, Al-Barbary was stopped in Beirut in April 2014 and detained for five days at the request of the Egyptian embassy, despite no legal ground. Al-Barbary was then deported from Beirut to Cairo. He is now imprisoned in Istikbal Tora Prison, and is expected to be moved soon due to the Rabaa Al-Adaweya operation room trial sentence. During his detention, he has reportedly faced harsh conditions, staying with dozens of people in a small, unventilated room. His passport and mobile was confiscated, and he has also been denied sufficient food.

Desouqy was director of Brotherhood affiliated IkhwanWikis, and was arrested during the dispersal in AlFath mosque in Ramsis by security forces after the Rabaa Al-Adaweya sit-in was dispersed in August 2013. He is now held in Liman Tora Prison and reportedly exposed to torture during his detention period. He was given solitary confinement after his complaints to the prosecutor.

Al-Adly was due to sign his contract with Al Jazeera one day before his arrest on 25 August 2013. He was working as a broadcast journalist for Misr25 and Amjad Channel, both affiliated to the Muslim Brotherhood. Similarly, as he was visiting Soltan in his house after the Rabaa Al-Adaweya dispersal, he was arrested with Abdel-Aleem and Al-Fakharany, and faced similar violations before being tried in the same trial. However, Al-Adly was reportedly denied the right to visit his mother in the hospital while she was ill. After her death, he was denied the right to attend the funeral by the interior ministry despite other criminal convicts being allowed likewise.